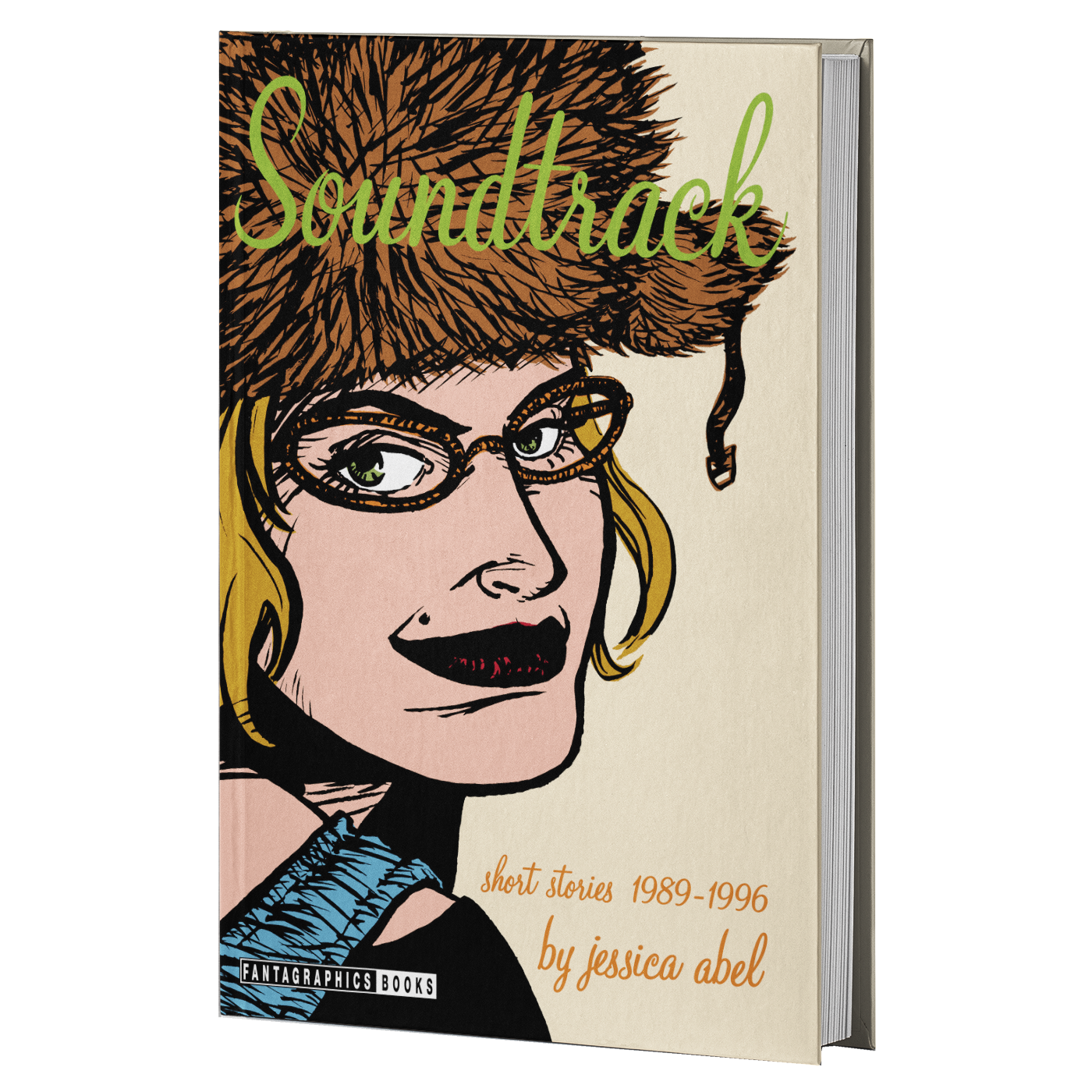 The best of Artbabe Volume 1, including most of the stories from the first four (minicomics) issues, long out of print, and Vol 1 #5, the issue for which I won a Xeric grant.

Also, there’s tons of other stuff dating back to my college days that was published in all sort of other places: zines, comics, magazines, and newspapers.

Published in Spanish as Banda de Sonora by Astiberri Ediciones.

What they’re saying about Artbabe

…Abel has developed into a wonderfully literate comics storyteller and a skilled draftsperson. …Abel’s black and white drawings are as assured, sensitively rendered and delightfully personal as her prose.

The Artbabe series is good fiction, meaning it isn’t perforce autobiographical, but it reads so realistically, and tells stories of such a personal and introspective nature, it might as well be.

Jessica finds urban lyricism in the most unexpected moments. Jessica gets the Everyman. She gets fiction.

One of Abel’s great talents is her ability to bestow dignity on characters who do the wrong thing for the right reasons…La Perdida only seems simple; it’s actually sharp, complex, and devastating.

Abel has been providing thoughtful, sensitive renderings of the lives of the post-feminist generation since 1992.

“Viva!” Is a model of narrative compression. One part Harvey Kurtzman, one part Robert Altman.

Abel’s deliverance to the alternative comic community and her success within it seems almost predestined.

She nails down her characters’ living rooms and postures, their T-shirts, cars, and bars and her ear for the awkward, emotional dialogue of young, disaffected urban adults makes her characters uncannily real.

“Decatur, IL” is an excellent work characterized by a subtlety which artfully blends forms and content to make a larger critical point, something that is all too rare amongst the current generation of American cartoonists.

Jessica Abel has managed to score a victory for the sisterhood in the man’s world of American comics.

Strong characterization, accurate dialogue, and a knack for capturing milieu. The end of each story leaves you wishing you could find out what happens next. Abel is a graphic storytelling talent to watch.

One thing is certain: the universe is a better place when Abel is at her drawing table.