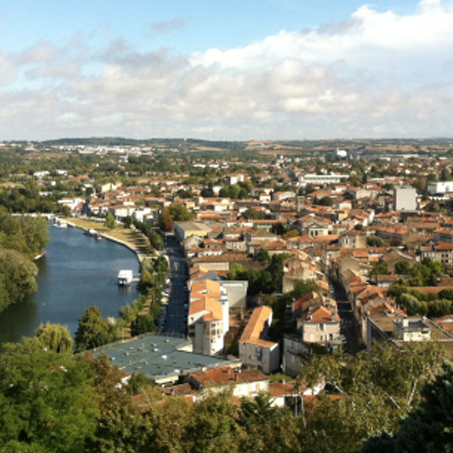 Pros/cons, ups/downs, love/hate: Life in France after almost a year

Hi there, new friend who Googled “pros and cons of life in France” or something similar.

Hope you enjoy this post. It’s a few years old, but everything here absolutely holds true.

I know moving to France is just a dream for a lot of people, but if you’re serious about it, maybe I can help. Since returning to the USA (after 4 years in France), helping people see through major projects projects like this is what I do.

I help creative people to take control and implement giant, overwhelming projects. If that sounds like something you could use, check out my FREE Creative Engine Masterclass to figure out where you’re getting blocked, so you can make the truly important plans HAPPEN!

In the last few days of August 2012,  Matt and I and our two kids got on a plane with way too many suitcases and arrived in Angoulême, France.

People say to me, “oh, that just sounds so fan-TAS-tic” in this dreamy voice…you can tell that my story plays into their more-or-less developed fantasy of escape to a romantic other life, where things are simpler and slower and a hell of a lot prettier.

I have this conversation with friends and family over and over: Is it great? Are you happy? When are you coming back? Does socialism work??

[Looking for answers on that last one? More about how the French Democratic Socialist system affects day-to-day life (spoiler: mostly for the good…) can be found here.]

I’m not a Francophile. I like France, but I’ve never fantasized about living here.

I don’t idolize French food, or the language, or fashion.

I decided a few years ago (with Matt, of course) that it would be a good idea to try to live in France, because the comics industry is so strong here, because we have professional connections, because Matt speaks very good French, and because I really need to finally learn to do so too.

There are other reasons we wanted to move, but they’re less specific to France:

The short version: we are here in France, we plan to stay longer, and we are happy to be here, but not so happy that we’ve been able to put into practice that very wise Buddhist teaching to live in the moment: we’re constantly thinking about what comes next, and constantly assessing and comparing what we’ve got now.

The long version is really long, and frankly, it’s way too early to tell how this will all play out over time. Regardless of the pros and cons, life doesn’t perfect itself just because you’re in a new country that has much much better cheese. There are tradeoffs.

Pros and cons of life in France for making art?

Matt (Madden, my husband) and I are cartoonists. Comics is one of the primary industries in this town. In my daughter’s class of 22 kids, there are two other children of cartoonists, and one of a comics festival administrator.

It’s great to be able to talk about my job like it’s just a normal job. Both kids have told me they want to make “bandes dessinées” (that’s French for comics) when they grow up (ruh roh), though my daughter also wants to be a “worker” (a builder). It truly warms my heart.

I spend all my time holed up in my large, airy studio, working.

Except for writing this blog post, I’ve been making comics basically all day every day lately.

Which doesn’t mean you’ll see a lot of comics from me soon, since both of my projects are huge, and one will be out (so far) only in French.

(Update: these two projects now exist. Out on the Wire: The Storytelling Secrets of the New Masters of Radio, and Trish Trash: Rollergirl of Mars.)

But if I judge this move by the criterion of stress-reduction and getting back to making art, it’s a rousing success.

Pros and cons as far as my French?

I don’t speak good French. My French has gotten a lot better since I got here, but it’s pretty weak, partly because I spend all my time holed up in my studio working, and not out talking to French people.

That said, I can hold a basic conversation, and understand most of what’s being said if I’m familiar with the context. My 5-year-old corrects my pronunciation constantly. I have trained her to be kind about it.

Pros and cons of life in France for my kids?

Our kids, as implied above, speak accentless French. French is not the most useful language for Americans, but any second language changes the basic structures of a child’s brain in very positive ways.

And, another real benefit that probably should have made my “reasons to move abroad” list above, they are in a really great public school (école maternelle, the equivalent of a 3-year nursery/kindergarten).

High points of preschool in France

1. Fantastic facilities. our kids are in a 3-room schoolhouse for ages 3-6, room to play inside and out, and well-laid out roomy classrooms with lots of specialized corners to play and learn. The littler ones have these adorable nap-rooms with lines of bunk beds.

2. Fantastic teachers. They never appear rattled, and are always kind. The kids learn excellent self-control and still have fun.

3. Lunch. four courses, real silverware, cloth napkins, sitting together at round tables. I mean, seriously. We in the USA are throwing away the opportunity presented by the civilizing effect of eating together. Plus, they get served things like pot au feu and camembert for in the range of $2.75/day (on a sliding scale).

6. Our kids are learning cursive handwriting. Oh, and French.

2. Yes, I said, “no school on Wednesday” at least until next year, when the education department is shaking up the schedule and doing a half day on weds mornings.

(Update: after we’d been there a year, the French Board of Ed instituted half-days on Wednesdays. And there’s free or heavily subsidized daycare for the other half if you need it.)

That’s it. I probably prefer a more progressive approach to schooling, but it’s a mix, and at least until the kids are older and the fun parts give way to more formal grind, I’m happy.

And it’s all so easy—so low-pressure for parents, with no PTA peer-pressure, no volunteering in class, no continual round of fundraising events to organize and attend.

Maybe your school isn’t like that, but every school we toured in Brooklyn before we left made being a school parent sound like a second full-time job.

Cost: on a sliding scale according to income. We spend under $300 a month on lunches and the cost of Wednesday care (it costs about $2/hour) for two kids. This is about 20% of what we spent in Brooklyn.

Pros and cons of Life in Angoulême

Angouleme is a small town. It’s not a hamlet—it’s got the majority of mod cons one needs—but it does not have the hustle and bustle that we’re accustomed to.

Even when we visit a slightly-larger town, as we have recently in Aix-en-Provence or Amiens, just the sensation of walking around the town square, in vague proximity to warm bodies milling about, can feel slightly exhilarating. We are obviously not cut out for small-town life long-term.

That said, our daily commute (to drop kids off at school and then get to the studio) is approximately 15 minutes, walking.

Most of our friends live in easy walking distance. We’re 10 minute walk from the train station which the two and half hour ride from Paris. The indoor market, though closed on Mondays (today’s a Monday) and after 1 PM every day, is three blocks away.

Which points to another concern of mine that I didn’t list above: I care a lot about what I eat and drink. The produce and meat available at the market are wonderful and fresh and very seasonal (at least compared to what you typically find in the US), if not as varied as I’m used to.

The cheese situation is top notch, of course. Wine’s not bad either. (See, I am learning French!).

We’ve spent almost a year getting ourselves right with an alphabet soup of agencies, forms, and procedures (CAF, URSSAF, P0, CFE, CESU, AGESSA, MDA, CNL, RSI, CPAM, CMU, OPH, etc), and it’s not done yet. Mild French-style socialism might end up being better for us in the long run, but in the short run, it’s a lot of work, and extremely difficult to figure out.

On the other hand, healthcare is indeed cheap and good (though not free), child care is cheap and excellent, we qualified for a subsidized apartment, we have a free studio at a government-supported institution, so yeah, so far, the game is socialism’s to lose. 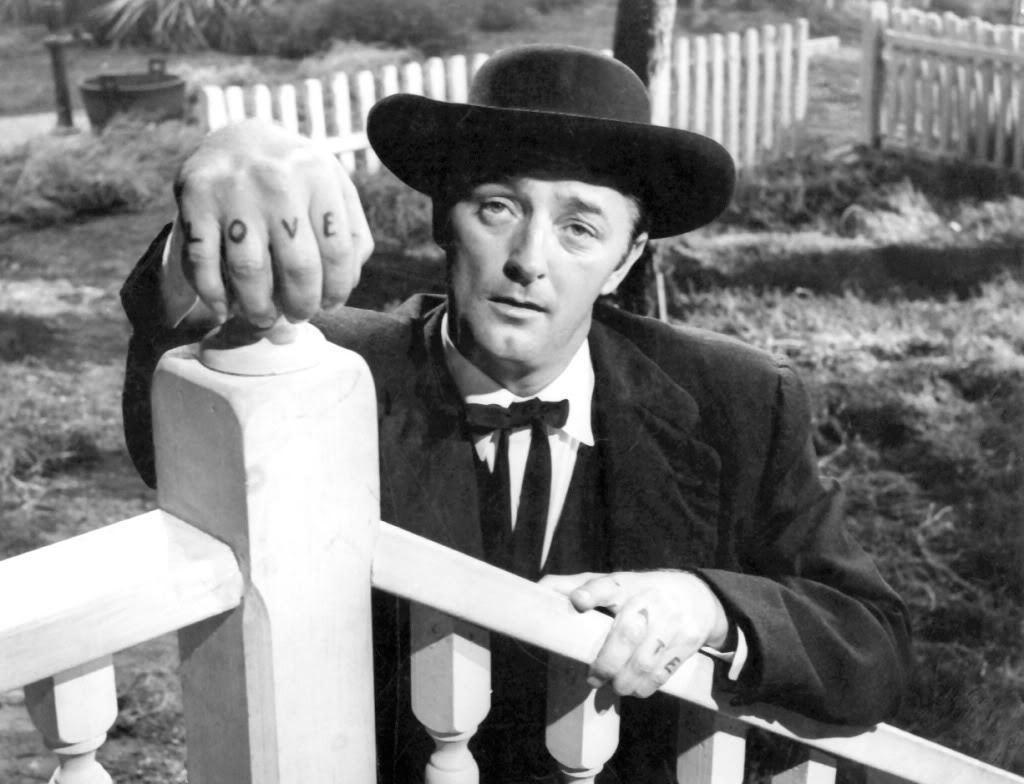 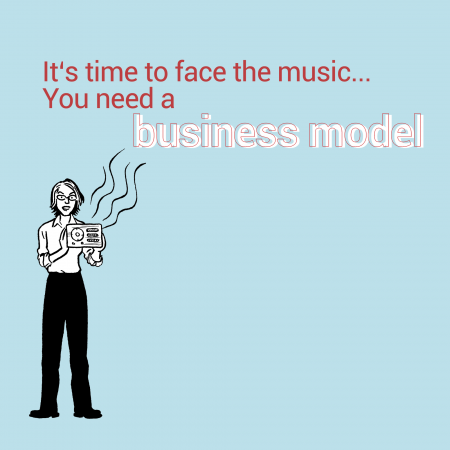