When to quit your day job (or when not to!), with Robbi Behr and Matthew Swanson

Quitting your day job — That’s billed as the final frontier for artists. Proof of success.

And if someone tells you not to? Generally an insult.

But the reality of being a successful creative professional isn’t so black and white. Quitting your day job is a laudable goal (by all means, go for it!), but it’s not necessarily a measure of creative success.

In fact, keeping that day job, whether full- or part-time, can be a catalyst for your creative work.

From self-publishing to Big-5 book contracts

What would you do if you applied to six graduate programs…and received seven letters of rejection?

Would you quit your job, sell your house, and move into a barn to self-publish for a year?

All right, that might not be what you’d do, but it is what illustrator-writer duo Robbi Behr and Matthew Swanson did.

Robbi Behr and Matthew Swanson, the illustrator-author-married-with-4-kids duo (who are also Alaskan salmon fishers! Check out their interview for deets on that!), are the masterminds behind the critically acclaimed middle grade series Cookie Chronicles, and The Real McCoys and the picture books Sunrise Summer, Babies Ruin Everything, and Everywhere, Wonder.

They shed some light on how their foray into self-publishing played out:

In 2006, Matthew’s plan to get his writing MFA to prep for a life as a teacher…didn’t work out.

But instead of throwing in the towel, Robbi and Matthew decided to quit their jobs, sell their house, and move into Robbi’s family barn. They were committed to finding a way to collaborate (Matthew writing and Robbi drawing) and figured they could make books for a year before they ran out of money.

They started a book subscription service to pay for paper and printing, and it was…enough. For a while.

How did they make that work even when they had quit their jobs?

Matthew let me in on a little secret:

[A year later] my boss from the corporate job called me back and asked if I would be willing to come back half-time from home.

The half-time from home arrangement gave me enough time to write the books, and Robbi, whose part just takes longer than mine (the illustration part takes longer), did the art.

We had the predictable income we needed to comfortably start having kids, and keep on going as functioning adults in the world while making our creative work.

That was the really wonderful thing. I still have that job. I mean, that’s sort of the secret that not everybody knows, but 17 years after I started that job, I still work half-time.

Robbi and Matthew’s creative endeavors now provide a larger proportion of their income than they did back in the self-publishing day, but this “almost quitting” model can be so powerful.

The case for almost quitting your day job

I talk to my students about all the time about the idea of having just one strand of stable, part-time, flexible income when they’re thinking about their future. Nothing wrong with dreaming to quit your day job, but maintaining that part-time income not only allows for peace of mind about the rent, it also affords certain advantages creatively.

That’s what has enabled us to keep pushing forward in creativity, and keep having children, and […] we don’t suffer.

We live a perfectly comfortable life while being full-time creatives and I just have this other thing on top of it that pays the bills.

It gives you creative freedom. We never had to worry about [whether] the books were going to make money. We made some of the weirdest little strange little books and none, I mean, none of them made money. But we loved doing it. And we wouldn’t have been able to afford to do it without Matthew’s job.

[It’s not] just the illustration that takes a long time, but I also do all the design. There’s a lot of extra work that goes into it that I couldn’t do if I had a full-time job either.

It’s important to note that Robbi and Matthew were creative professionals for 10 years before they started self-publishing. They developed skills that they now use in their self-publishing and commercial publishing. For example, Robbi learned graphic design and page layouts while working as a graphic designer for the same firm Matthew is with now.

We do a lot of talks at colleges, and students will ask us, ‘how do I get to where you are as quickly as possible?’

To a certain degree, you can manufacture luck. In my interview with Alexander Chee, he talked about the importance of submitting your work, even when you’re struggling with self-doubt.

I also heard a lot about so-called luck when working on Out On the Wire. Robert Smith said, “you’re not lucky, you’re just good,” and I was so convinced, I used that as the title of the episode.

What he meant is what Alexander also meant: You’ve got to put yourself in the right situations over and over, take risks by finishing work and getting yourself out there whether or not it feels comfortable (and mostly, it doesn’t).

Take stock of what’s at your disposal, both the tangible and intangible. Your job is to build a cage that can catch luck as it flies by.

Robbi and Matthew are lucky because they take crazy chances, and go all in, and do it without permission…

…and they can do that because they have the safety net of the day job (and of course, also their relationship).

For Robbi and Matthew, setting up a life in which luck was more likely to strike meant getting out there, publishing, sharing their work with people, and going through tons of iterations — making the work they cared about and honing their craft.

That’s how they broke into commercial publishing.

We set up a table at MoCCA and a guy from Disney came by our table and bought Ten Thousand Stories.

Ok, but is it really that simple?

We didn’t talk to him. He just did that, and then he held onto it for like two years.

After those two years?

Little Brown was making a mix-and-match book in the Super Hero Squad series, which is Marvel. That’s why this Disney guy was there. He said, ‘Oh, I met some people who know how to do this’ and that’s how we got our foot in the door. That was extremely lucky, right?

The guy happened to pick it up.

I think this one anecdote has about five different examples of making luck. First of all, we’ve relentlessly and doggedly made books.

We self-published 45 books with [our own imprint,] Idiots Books, and this one book that we made happened to find its way into this one guy’s hand, and that turned into this opportunity.

Robbi and Matthew have taken control of their creative conditions.

When Matthew un-quit his day job, the list of creative risks they could actually take grew

Whether or not you quit the day job, stay true to your values

Robbi and Matthew’s commitment to collaborating creatively as well as working together as parents (shifts are a must!) has been facilitated by networking, seeing their projects through, keeping a part-time job, working with and being engaged with their community, and developing a brand that’s consistent and incredibly authentic to who they are.

I think if you’re very deliberate, purposeful, and upfront about what you will and will not create, and you stick to it, then you’re more likely [for it to] start to become more of a business or a profession or a money generating mechanism for you and others, and still be doing what you love.

The only thing more challenging than using frenetic DIY self-publishing to springboard a career in children’s books might be running a commercial salmon fishery on the Alaskan tundra from a cabin with no electricity, no toilet, and four kids.

That’s why I was so excited to talk to Robbi Behr and Matthew Swanson, the illustrator-author-married-with-4-kids duo.

Robbi illustrates, Matthew writes, and together they make picture books for kids and adults.

Robbi and Matthew are a whirlwind of creative action, and their story is just a crazy tale of inventing a creative life that allows them to make the work that’s 100% most aligned with who they are and what they value.

They started on this path when Matthew got his “most withering rejection”, which slammed the door on how they thought their lives would play out.

They turned even this painful setback into an opportunity, so it’s no surprise that their approach to life has opened the door to amazing lucky breaks.

In this interview, we talk about the value of the right kind of day job, how to develop a unique and authentic brand, and why you should definitely NOT try to marry Robbi Behr.

More from our guests:

Robbi is an illustrator/printmaker/commercial salmon fisherwoman with a BA from Williams College and an MFA from the Savannah College of Art and Design. Matthew is a writer/art director/blues harmonica player who has so far failed in every attempt to be swashbuckling.

Robbi illustrates. Matthew writes. Together they make picture books for kids and adults. They’re also married. And they do all this with four kids.

They’ve published books including Everywhere Wonder, The Real McCoys, Babies Ruin Everything, and more than 70+ self-published books before breaking into commercial press!

Next up for this duo? They’re converting a 24 foot school bus into a tiny home that they’ll be living in with their four kids (and a puppy!) while they travel for a year and give away 50,000 free books to high-poverty schools! They’re currently fundraising for this project, and you can learn more about it here.

Plus, check out “The Daily Minute” — a series of daily videos exactly a minute long (there’s a timer and everything) that purport to be about their creative process, but often include marital antics, funny things that have happened to them, cameos by their kids, and lots of cheese balls on either Instagram or Facebook. 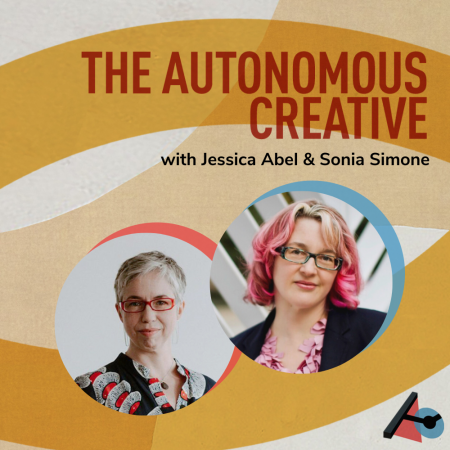 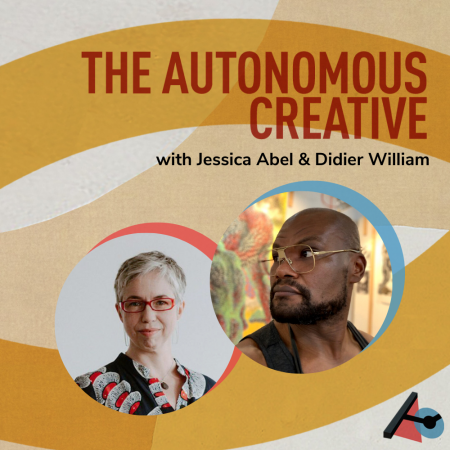 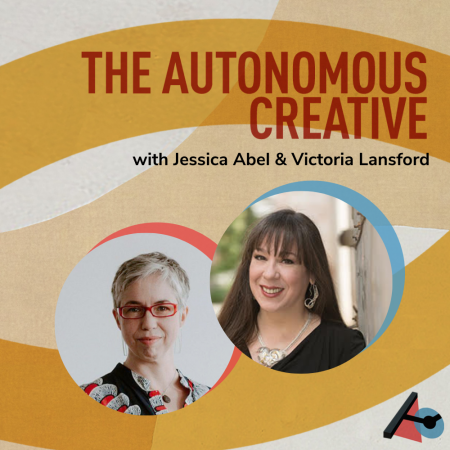