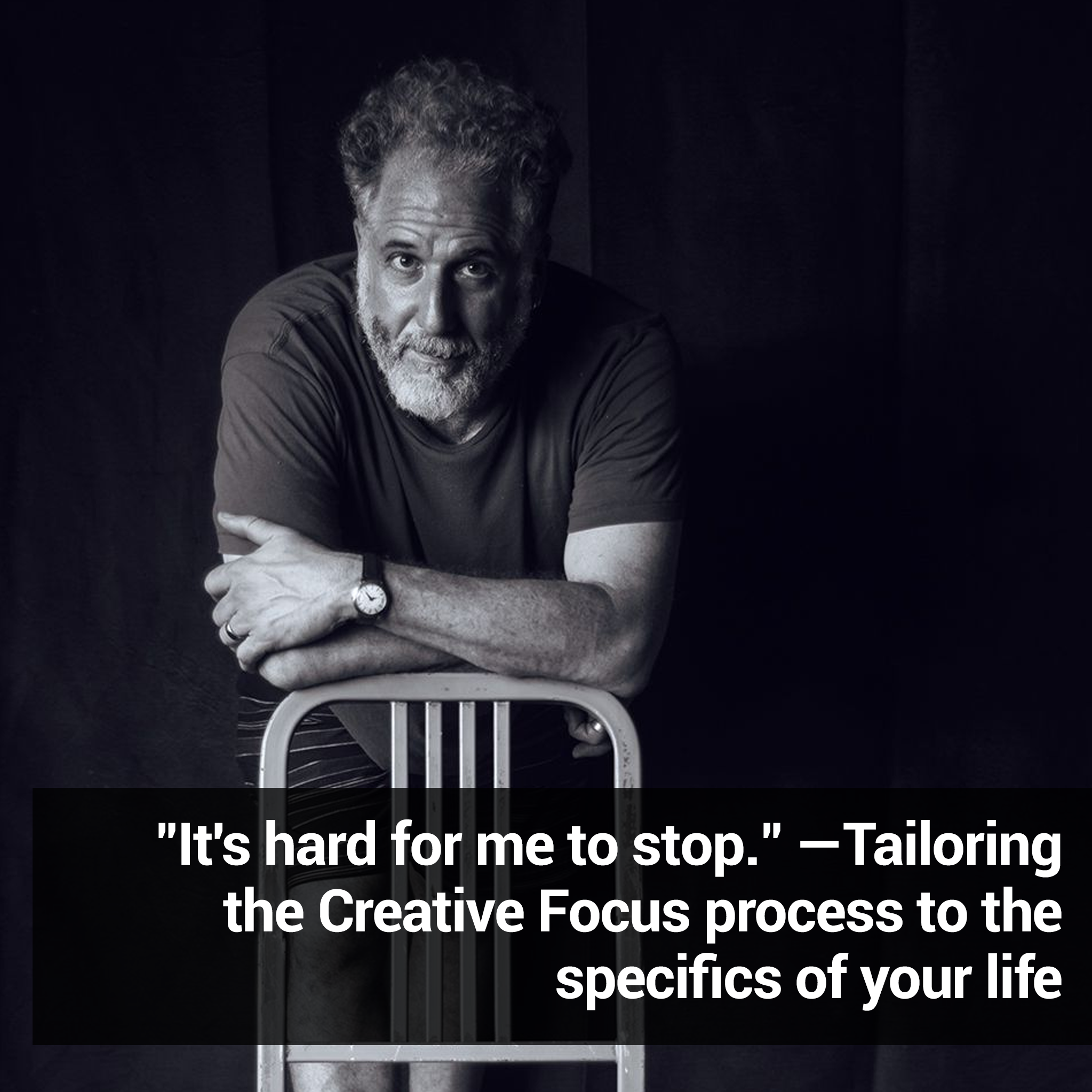 From nothing to on the air in 3 months: Community = accountability

So, how do you start a podcast?

He was dramatic and expressive about how chaotic and out of control he felt.

This was Jamie back in March:

I’ve run up my Idea Credit Lines to Idea Bankruptcy.

I know what I want/need to work on NOW—my “15 Minutes” podcast, and that’s what’s important to me to focus on here.

The goal isn’t to have one episode done, it’s to have several done before launch in May . . . or June . . . or July at the LATEST. Is that too ambitious?

He had been trying to start a podcast, 15 Minutes, about the nature of fame. He’d been trying to get it off the ground for two years, but all he had to show for it were some bits of interviews and a string of broken deadlines. 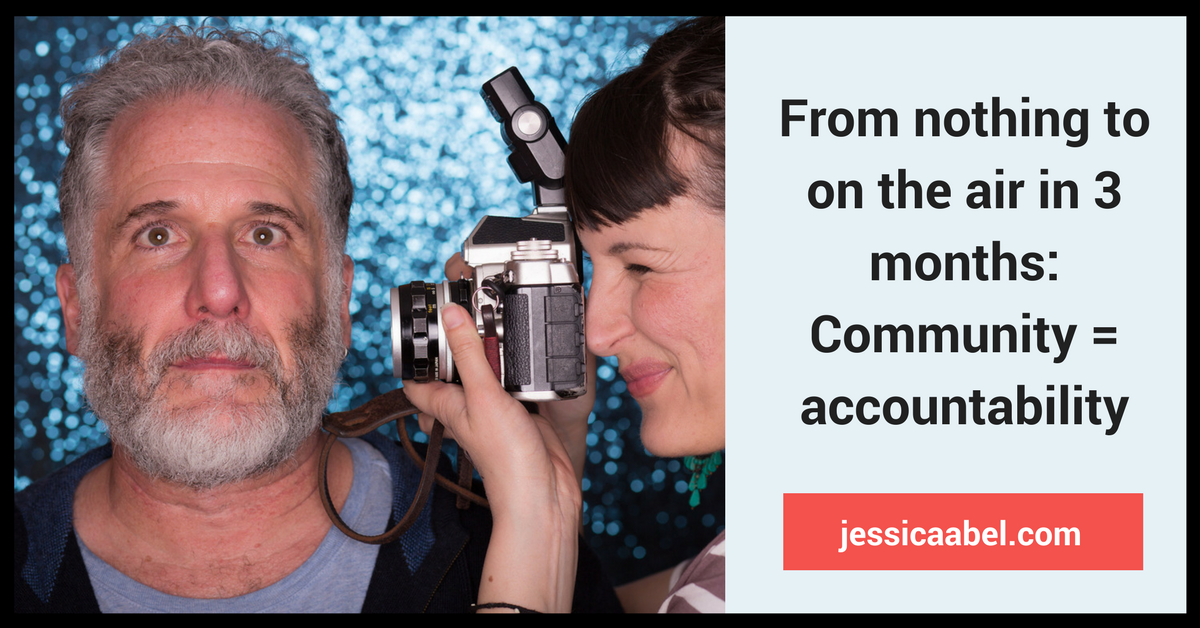 And here’s Jamie on May 26, only two and a half months later:

How did he go from nothing to on the air in under three months?

Here’s Jamie on his podcast (episode 16, featuring an interview with me) describing how, in early March 2016, he was reading my book, Out on the Wire.

…which led me to Jessica’s website. On which, on the first page, before any of her creative work, she starts out with the fact that she helps people make their work. She writes:

“What’s wrong with me that I can’t get my work done? Is it absolutely necessary that it be this hard? Maybe I’m just not creative enough.”

Which really hit home for me, and I could repeat all those sentences with an F-word somewhere in the middle and it would more accurately reflect the two years I’d gone through, not starting the podcast.

Since 15 Minutes launched on May 26, 2016, Jamie has be posting dynamic new episodes, weekly, ever since. He’s interviewed heavy hitters like David Sedaris, Scott McCloud, Brooke Gladstone, Neal Pollack, and George Saunders. He’s edging up on 50 episodes!

He claims to still live in the midst of a certain level of chaos, but clearly something clicked.

Tailoring the Creative Focus process to the specifics of your life

In summer 2017, Jamie and I talked about his Creative Focus Workshop experience as part of a live panel with five former students. I admitted that Jamie had been…challenging as a student…but that his intense questioning of my approach and methods was of huge benefit both to me and to his fellow students.

With Jamie’s help, I realized I had to recalibrate and rethink how I was presenting this material so that it could help him.

I had been making certain assumptions about what other people would need, and how they work. But what I realized is that figuring out how a creative practice will work for your specific life is really important to the whole process.

Despite questioning everything in the CFW, Jamie also plunged in and did the work. The key factor in making these changes was the CFW community. Everyone in the cohort took his goals extremely seriously, saying, Yes, you’re a podcaster. How are we going to make it happen?

When I have community, I have accountability. Even now, simply the fact of knowing there are a few people listening keeps me making the podcast.

It’s really easy to say, “I’m going to fail at this. Not going to do it.” Something about the group of the Creative Focus Workshop combined with just…your way…

Your way isn’t one of perfection. You accept the lack of perfection in other people too, and you accepted my difficulty with it. And that helped with all of it. 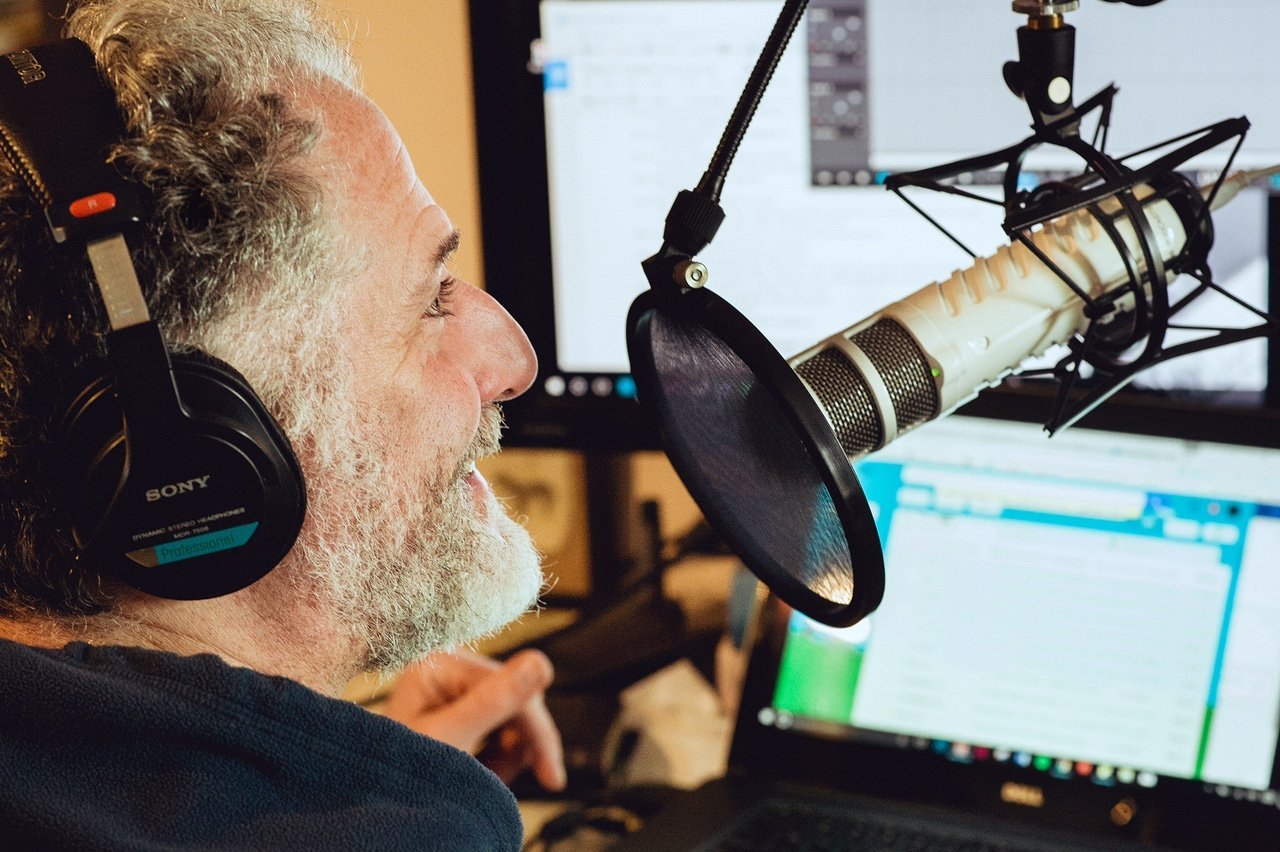 Jamie is a great interviewer, and for his 15 Minutes episode, we had a wide-ranging conversation about creative people’s relationship to their work, which you should check out. The beauty of the give and take is what makes the interview so much fun, so I decided to excerpt it here.

“I’m going to start a podcast.”

You came into group and your attitude was, “I am completely at sea.” You had this thing you desperately you wanted to do, and you could not figure out yourself in such a way as to make that happen. And now you’ve got this podcast with multiple episodes. It’s a train that’s moving. And that’s really gratifying.

It’s really satisfying to see other people make their own creative lives work for them.

Yes, thank you, your workshop appeared on my horizon at just the right moment, after two years of dithering and kind of recording people, then saying “this June, it’s going to happen.”

As much as I have regressed to my somewhat chaotic self…

It was having a boss. Like it or not, that was you.

And even that first group video meeting, seeing those dozen faces, and knowing there’s a little community of people (probably a much bigger community) struggling to get things done. 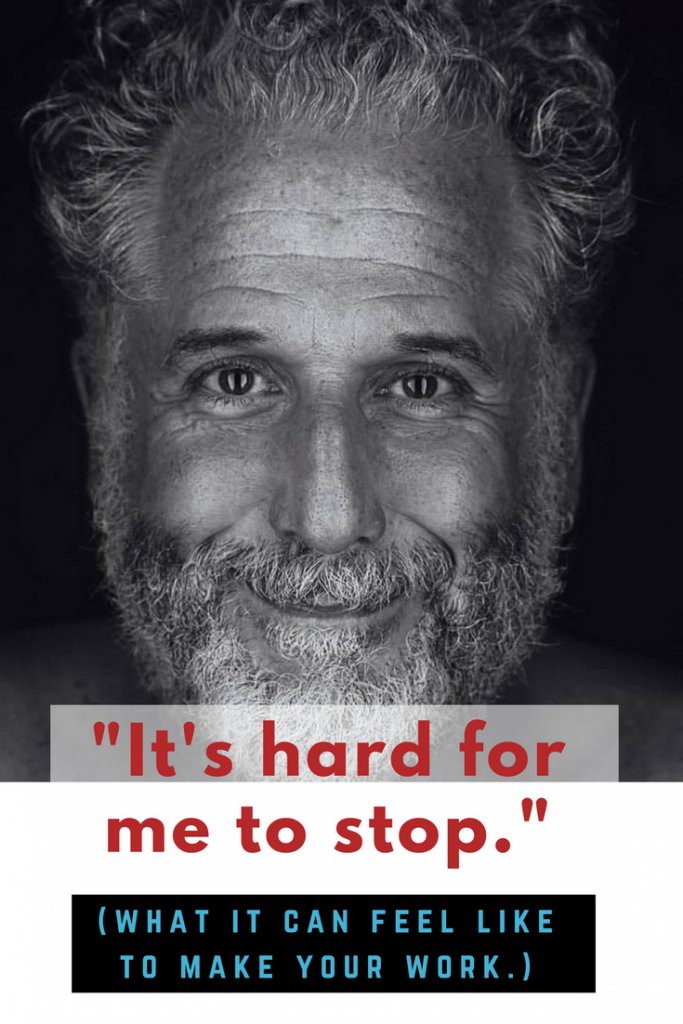 The tools you talk about, Trello and other things, I used them during the workshop, I used the sheets you had us do, and all that helped me get started and get rolling.

And now, it’s all dropped away, but I am doing my work every week. I’m finding a way to get it done, without having the on-paper or on-screen spreadsheet to do so.

I think the key is the sense of ownership over it, that it’s possible. When it comes down to it, that’s the basic thing.

There’s something about your personality and how matter of fact you were about it. There’s kind of this underlying sense of, “Get over yourself, just do it.”

I’ve probably taken 50 workshops in my life—writing or improvising or acting—and I’m always very skeptical. It’s the same with therapists: the more empathetic they seem, the more skeptical I am.

You took that element out of it. You didn’t make this a part of—or not a part of—the workshop. There was something about it that was, “What specifically you are doing is not my problem, but I’m just helping you do it.”

I fear my own subjectivity. It can be very negative. I fear that therapists and teachers, they’re looking at my stuff and thinking that it’s crap.

In your workshop that very quickly became a non-issue.

Maybe it’s serendipity, maybe it’s your workshop, or maybe I just found a medium that I like better than I ever liked writing?

I’m just gonna start a podcast because I have more fun at it. And I love editing.

The combination of those factors is getting me to a place where I’ll suddenly be 3 years down the line. It’s hard for me to stop. I actually need to take a break to catch up with some recording, but I don’t want to stop making one every week.

That’s a great feeling. Knowing that is what will keep you going,

Do you want to go from finding it “hard to get started” to “hard to stop” making your creative work? Check out the Creative Focus Workshop.

Jamie Berger makes 15 Minutes: a podcast about fame. He talks and listens and writes and teaches and co-owns a bar called the Rendezvous in Western Massachusetts, where he lives with his wife, photographer Anja Schutz and various dogs and cats. He has taken the normal Albany to NYC to San Francisco to Turners Falls route in life. 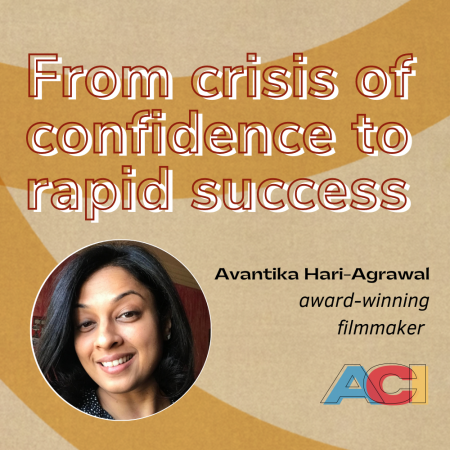 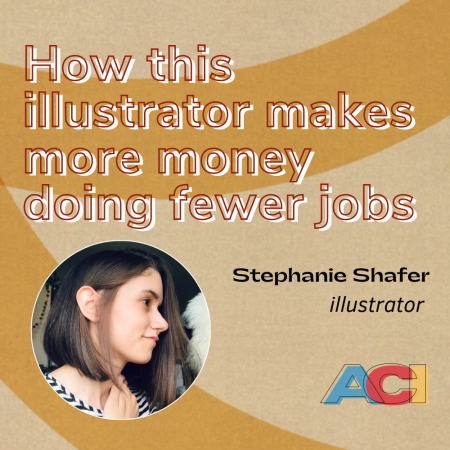 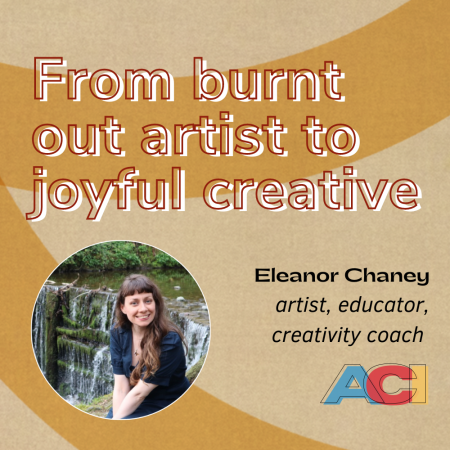 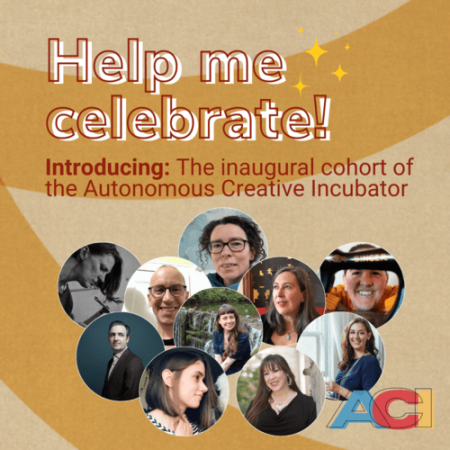 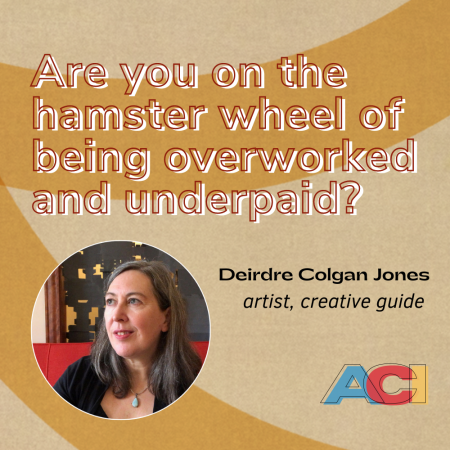