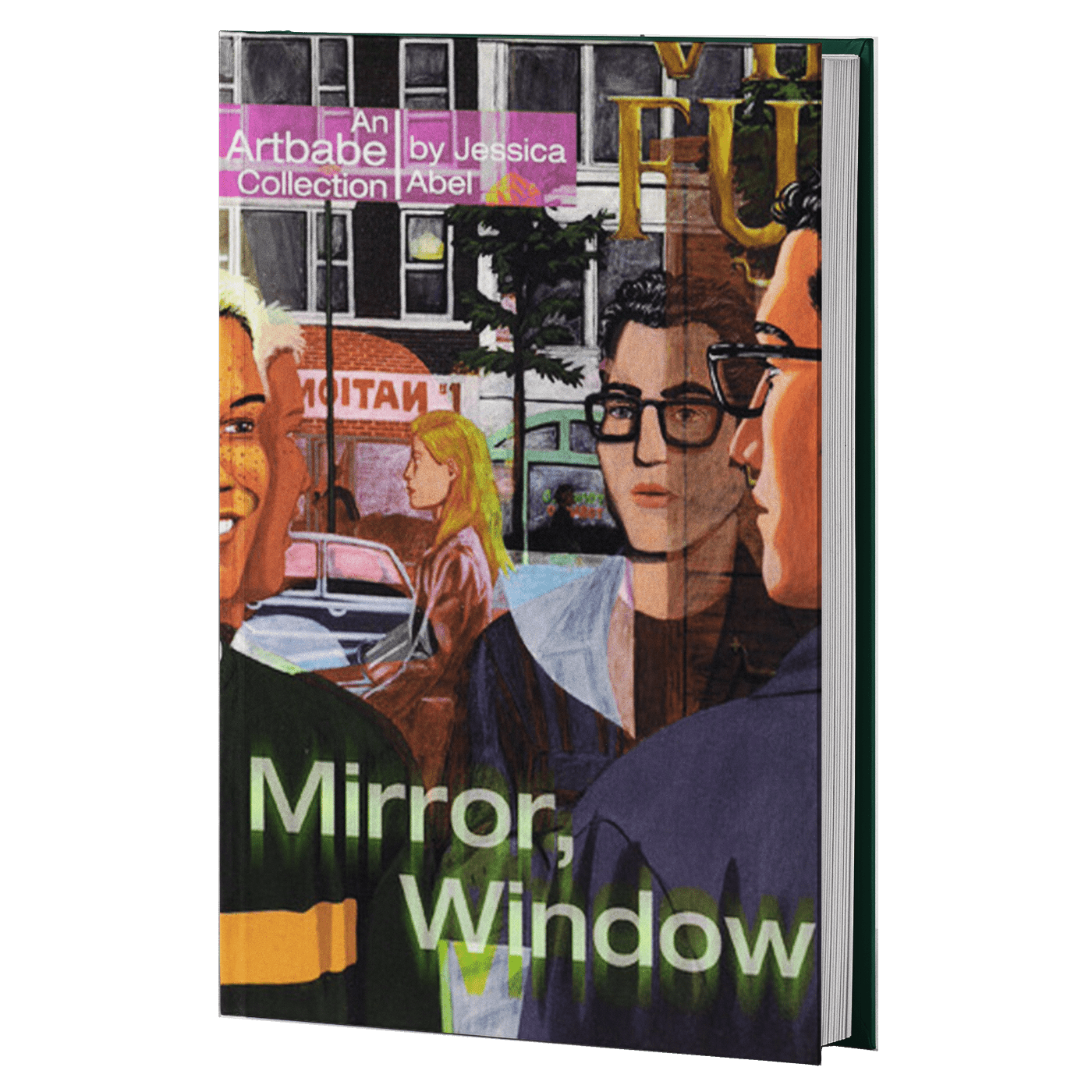 A collection of all of Artbabe volume 2 and several non-fiction and journalistic stories published during the same period (1997-1999).

Artbabe was a comics series that ran in jumbo minicomics and standard American comic book format, from 1992 – 1999. The comics contained fictional short stories (none of which featured “cover model” Artbabe as a character).

The subjects of the stories run the gamut, but it’s safe to say that a lot of them deal with young Chicagoans grappling with serious questions in their lives, such as Does she love me? Can I stay friends with someone who has betrayed my trust? and Can I make a life as an artist?

Since she began making underground mini-comics in Chicago in the early 1990s, Abel (Artbabe) has developed into a wonderfully literate comics storyteller and a skilled draftsperson.

This collection of her most recent Artbabe Volume 2 stories captures Abel at her best, presenting the emotional texture of the lives of the young and unfocused. She’s a literary cartoonist, chronicling a free-floating crowd of young, hip, pleasure-seeking barhoppers who also double as art students, wannabe writers, rock musicians and low-wage clerical workers.

Whatever Abel’s characters may lack in experience beyond college is made up for by the thoughtful presentation of their relationships, friendships and unfortunate one-night stands. Abel’s young female characters project both a sense of unfettered social audacity as well as a capacity for neurotic self-absorption, a fictional profile of Abel’s own go-getting post-feminist generation. In “Chaîné” she explores the deep friendship between Paloma, a reflective and fretful dancer on the downside of her career, and Nina, a cheerful and unflappable party girl, and their efforts to reconcile the contrasting demands of their lives. “Goddamn Hollywood” presents two women friends awkwardly and disastrously interested in the same dubious guy. Abel’s black and white drawings are as assured, sensitively rendered and delightfully personal as her prose. The book also collects several short comic and nonfiction narratives.

Second edition: December 2004. Second edition has an improved interior, with chapter headers and heavier paper, but a slightly misprinted cover.

Published in Spanish as Escaparate by Astiberri Ediciones

Published in Italian by Black Velvet Editrice as Artbabe.