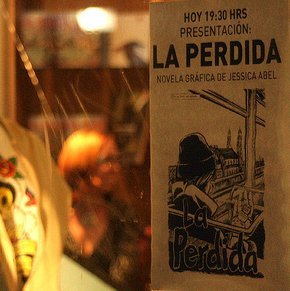 I recently returned from a trip to northern Spain to celebrate the release of the Spanish edition of La Perdida by Astiberri Ediciones. Here I am in front of Astiberri’s stand with one of the four principals, Laureano Dominguez. 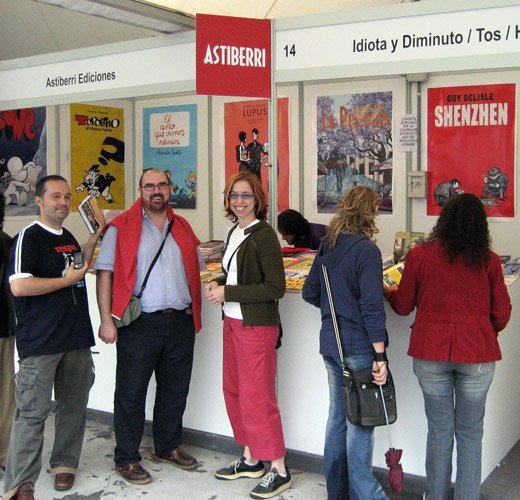 I spent a wonderful week with Matt at Viñetas desde o Atlantico (this links to last year’s program, but you get the idea) in A Coruña, Galicia, at the northwest corner of Spain. The festival’s chief is none other than Miguelanxo Prado, the fantastically talented (not to mention nice) author of Streak of Chalk, among other works. He’s next to me below. 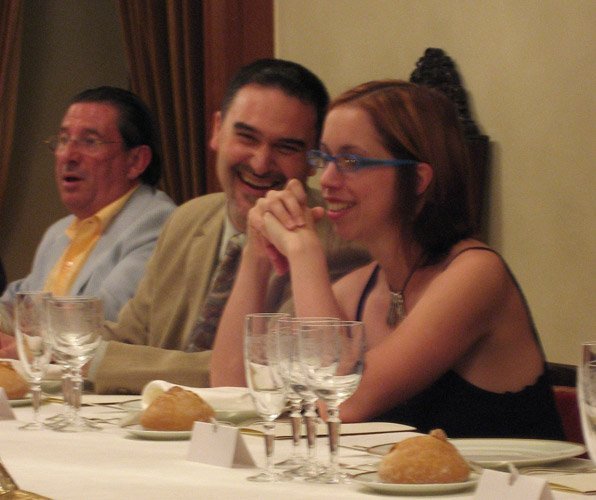 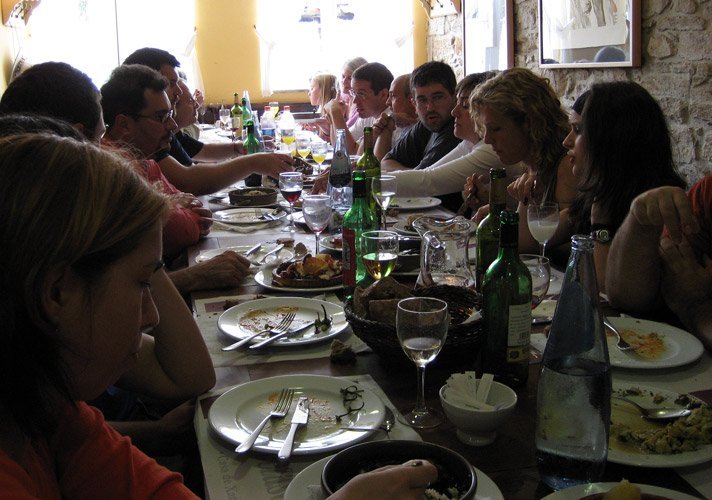 Below, Bruce sketches Batman for Brent. 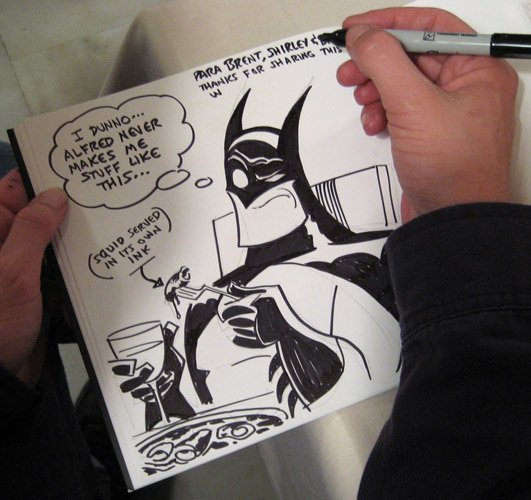 A Coruña is a gorgeous place, the food is spectacular, and the festival was amazing. Each artist had a large exhibition of original art, which, it seemed, the whole population came out to see. We spent the days sleeping eating and drinking, with only a few hours of signing. Miguelanxo has arranged it all around the art and the artist, and we were treated like kings–up to and including an elegant super-formal dinner at city hall. The mayor (actually the ex-mayor, now ambassador to the Vatican) is a huge comics fan… 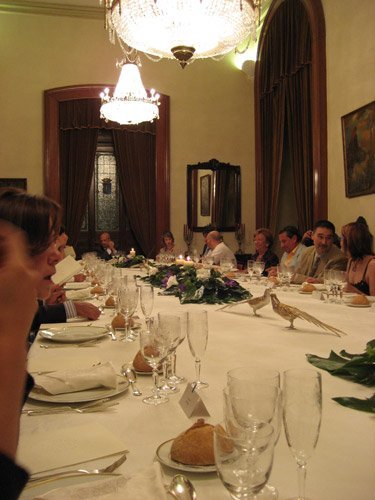 Well, anyway, here’s the short version, by all the invited artists except Guy Delisle, who got away before I could catch him. We gave the original to Miguelanxo.