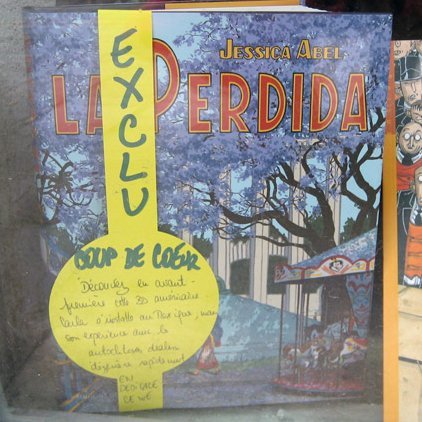 Barely two weeks after returning from Spain, I was back in Europe, in France and Belgium, to promote the new French edition of La Perdida from Delcourt. 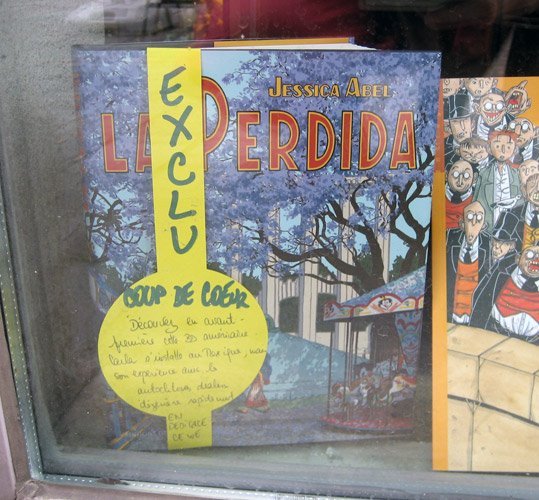 I was in town for the Delcourt Festival, a small one-publisher comics fair in Bercy, a sort of mall-conversion of what was once the wholesale wine marketplace of Paris. I met my editor, Thierry Mornet… 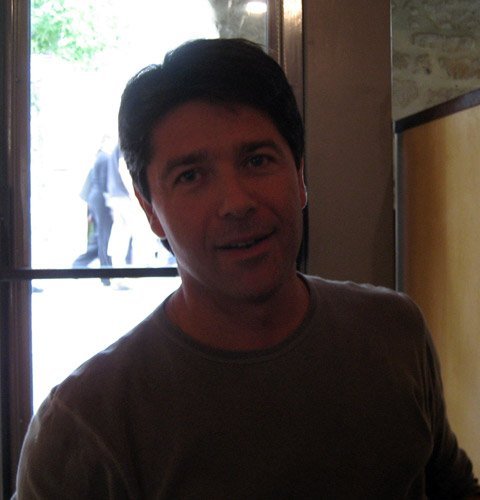 …and one of my favorite French cartoonists, Lewis Trondhiem, here with two of the artists he’s published in his line at Delcourt, (which is called Shampooing), Lisa Mandel and Allan Barte, both web cartoonists. 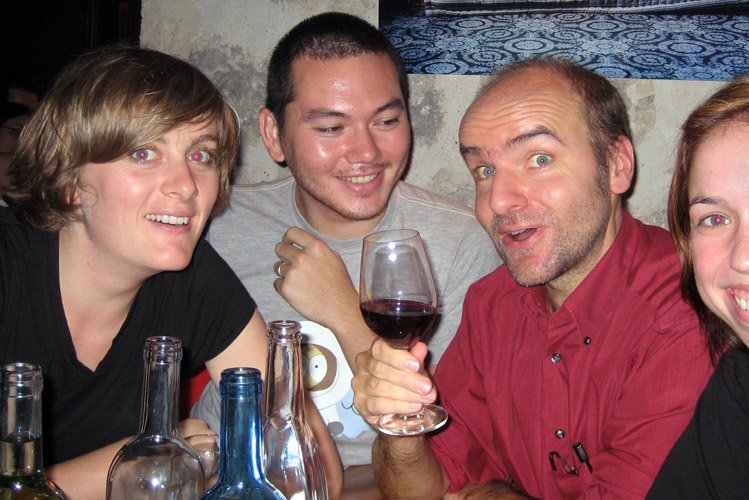 I drew a LOT of sketches for the release of La Perdida in France. 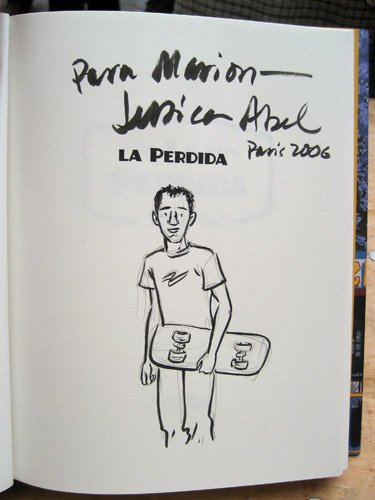 And I taught my publisher, Guy Delcourt, to salsa…or did HE teach ME?? 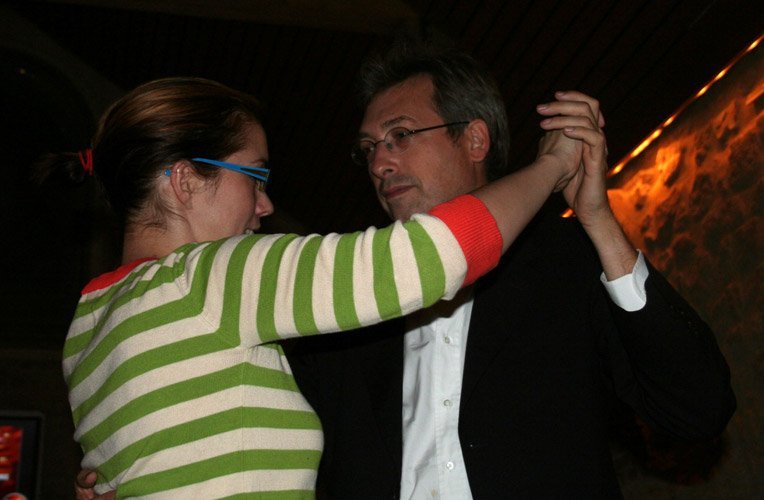 or via your local independent bookstore.