It’s Day 4 of the Creative Compass Challenge, and seems like the “inner critic” has come up every day so far. That’s no accident. That familiar voice seems to chime in every time you have to make a hard decision, learn something new, take the next step in a creative project, or approach finishing your work.

That voice might throw a list of Shoulds at you as soon as you set your cup of coffee down on your work desk, or it could be just, ya know, a casual outpouring of vicious negative self-talk:

“This isn’t ready; you need to start over. You should do more research. Seriously, though, this is probably unsalvageable. Who would ever want to read it? Jesus you’re awful at this. Get a real job.”

So, how many times have you tried to tame your inner critic by telling that voice to shut up?

And has it worked?

Turns out, the opposite tack is much more effective.

…the solution is to listen to it.

In our program, The Creative Focus Workshop, students learn to take control of their focus and get their most passion-driven creative work off the back burner and finished. One of the most eye-opening exercises we do is called “The Should Monster.”

In this exercise, students create a personal depiction of their Should Monster and try to tune in and establish a dialogue with the part of themselves that never seems to run out of ways to insult and derail them.

I know. Your instinct is definitely not to try and be friends with that nasty voice.

I never would have thought this when I started out

But then I became aware of the work of Nicole Lewis-Keeber, and she helped me understand where the nastiness and negativity come from, and why the Should Monster might not be such a monster after all.

Nicole is a former clinical therapist who now works with business owners to unpack their relationships with their work and help them “Do No Harm” (her program) to themselves or others.

She offered a crucial reframe: The voice of the Should Monster (or inner critic) stems from traumatic experiences. And not just “big-T” trauma, but also “small-t” trauma, like being repeatedly belittled, ignored, or told that we’re not good enough, particularly by a parent or teacher.

What the voice is trying to do is to warn you. To protect you.

Your Should Monster sees danger coming—judgment of others, social isolation, humiliation—and it’s trying to get you to stop whatever “risky” thing you’re about to do, to avoid all vulnerability, and to avoid letting the part of you it’s trying to protect from getting hurt again.

Your inner critic is trying—in its own, super-painful way—to protect you

When you’re trying to do something that you’re really excited about, but that does in fact make you more vulnerable to the outside world, like writing a book (where you reveal your thoughts and feelings), giving a performance (where you’re up in front of strangers), or sharing your work at a show or on social media (where you’re inviting response), your inner critic starts screaming for your attention.

But you’re an adult now, and you’re not in danger like you were when that response was formed.

You know that this action is what you want to do next.

So how do you break the cycle of anxiety, procrastination, and extreme resistance?

Spend some time thinking about what your inner critic says, and when. Use that information to start to figure out where those nasty responses come from when you try to be brave and strike out on a new path creatively.

Instead of “taming” your inner critic, understand that the inner critic is a version of YOU at a different, more vulnerable time in your life.

Then when it appears, listen to it as if it were a young person in the actual room with you. Give it empathy, and reassure it.

Nicole says she says, “Oh, hello. There you are. What do you need?” And then tries to talk to and reassure that part of herself that she’s got this.

Self-compassion is key to being able to finish big, wonderful, risky creative endeavors.

It’s that very well of self-forgiveness you need to dip into when this wounded part of you surfaces, because it is a part of you.

Empathy for yourself is the bedrock of creative success. 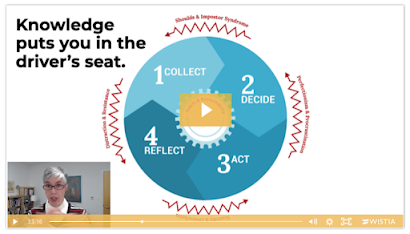 I want in!
Scroll To Top