Are you ready to stop procrastinating and finish the work that matters most to you?

The Creative Focus Workshop is the online program that's helped hundreds of writers, artists, and creative pros focus on and FINISH their most important work!

The Creative Focus Workshop is exactly what you’ve been looking for.

This is a step-by-step program + full-fledged accountability community that will guide and support you through overcoming perfectionism, finding time in your week for your most important creative work, saying NO to putting other people’s priorities before your own… all without blowing up the rest of your life!

You’ll have the power to…

Your work is not a "luxury"…it’s the path to your future.

And the Creative Focus Workshop will give you the toolset to build that path.

I had always had a really huge problem with defining myself as a novelist. Even with books published, even with an upcoming novel, I still had that question in the back of my head.

And in the Creative Focus Workshop, maybe it was just the practice of saying, I’m Marianne Kirby, I'm a novelist, and get you can get my second book as soon as it comes out…that really flipped the switch for me of, I don't want to say self-respect…but, you know what?

It is. It's self-respect as a writer, and taking myself seriously, and allowing myself to take my own work seriously.

That is still—I mean months later—the biggest thing that I feel as a result.

What you will find out, like I did, is that you can read about this as much as you like. But not before you're actually in a workshop, doing the assignments each week, having this community around you, having Jessica to lead all of this—that's where you're going to see your life being transformed. So if you're on the fence, I would say don't think about it, just join. And you can thank me three months from now if you take my advice. 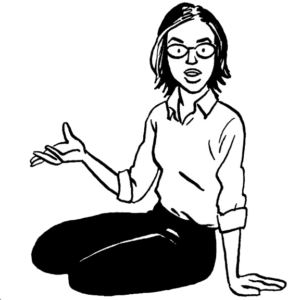 I've been a working professional cartoonist and author for over 25 years, and I help serious creatives get their most important work off the back burner and out into the real world.

My simple, achievable, down-to-earth Creative Focus methodology has helped thousands of creative people stop letting other people hijack their priorities, and start finishing and launching the work they know matters most.

No matter how long you've been trying—and failing—to take control of your focus and productivity, you can do this!