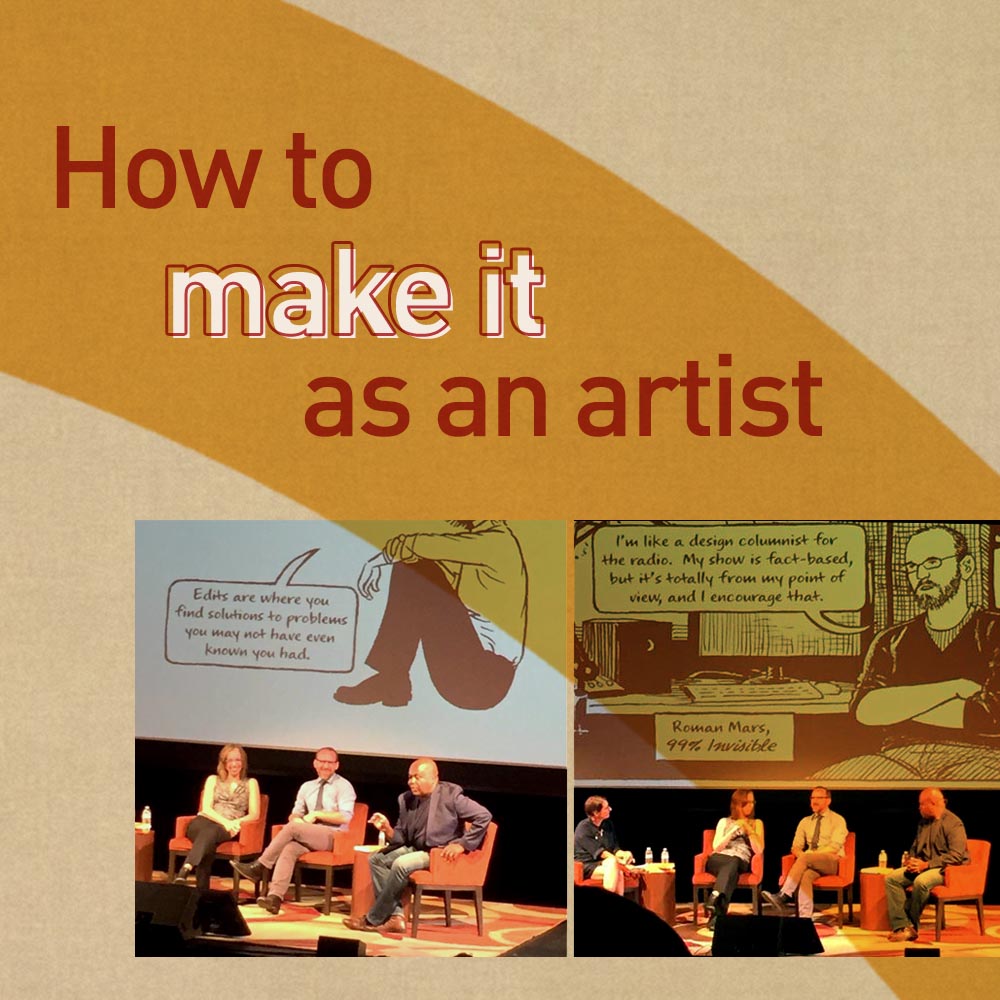 Yeah, that’s me on stage with podcasting stars Roman Mars and Glynn Washington, with my comics projected 20 feet tall onscreen.

Yet I had no idea how to truly make it as an artist.

That’s the problem with looking at the outside of someone’s creative career, and thinking you can learn much of anything about the inside from it.

From the outside, things looked great

Random House had just released my book Out on the Wire: The Storytelling Secrets of the New Masters of Radio, and I was in the middle of launching a New and Notable podcast of the same name.

I was on an actual book tour.

Ira Glass recommended my book from the stage when he spoke.

On the inside, I was thinking:

😟 My presales are nowhere near what they need to be to make this book the kind of top seller I hoped it would be (and that it would have to be for any hope of future royalties!).

🥺 I have no clue what the marketing department is doing about this (if anything). I can already feel that the PR person is checking out on me. For them, they see this job as finished.

😱 I have no idea what my next book should be, and I should have already sold it if I have any hope of feeding my family for the next three to five years it will take me to finish it.

😩 I am exhausted. I just can’t keep working like this.

This wasn’t new for me: I had experienced a similar feeling of despair over and over in my career, feeling trapped, victimized by the very work I’d spent so many years mastering.

But this time was different.

I took action, and everything changed. I’ll get to how in a minute.

Serious, mid-career creatives tell me their careers are going sideways

They’ve been doing the same thing for a really long time. They’ve been committed to their creative practice for many years. They’ve reached a level of excellence and depth that brings them great satisfaction (even if they’re also filled with self-doubt about it. These things can coexist!)

But professionally, they’re baffled, stuck in a rut, things just don’t seem to ever take off like they’re “supposed” to…and so they just keep plugging away, getting more and more cynical about the prospects for a sustainable, never mind thriving, creative career.

Here are the symptoms. Tell me if you relate:

But instead of just getting back on the Hamster Wheel of Doom, I said No.

First, I was lucky enough to come across some resources that helped me understand the inner workings of what I was trying to achieve.

I uncovered the assumptions I hadn’t realized I was acting on about how to make it as an artist.

I ran some ACTUAL NUMBERS. 😱

And when I put it all together, I realized, there is no scenario other than 🦄 magical unicorn luck that changes this situation.

I realized that not only for me, but for all of us:

As long as we’re handing over control to other people, we will ALWAYS be behind the eightball 🎱, disempowered, waiting for my unicorn moment…

Meanwhile working our asses off and struggling financially.

YES I love my work and I’m proud of what I do and have achieved!

On the one hand, years and years of practice and study, a passion for a subject, and countless hours of blood, sweat, and tears to make the project real…

…and on the other, a 2-page Word doc from your publisher for a six-week push that represents pretty much the entirety of their plan to get your work seen?

It felt like casting my work into a bottomless pit.

That was the moment that I threw up my hands and said, screw it.

If I want to make it as an artist, I have to take control of my own career.

I had realized, finally, that I needed to find something I could do that would make me more money for less time…

I didn’t think I had anything going for me that anyone would pay money for.

Dude. I was an art cartoonist and adjunct art prof. There is no universe where that’s a clear path to supporting a family of four at a middle-class level.

I felt trapped by my expertise. I knew I was really good at what I was doing then, and I thought, this is all I know, that’s all I’ve got to work with.

I ruminated darkly on the True Detective quote by sociopath detective Rust Cohle: “Life is barely long enough to get good at one thing. So be careful what you get good at.”

How to make it as an artist?

Use your big, powerful, creative brain! You can solve this problem!

Creative people—committed creatives who’ve been at this for many years?

Give them the right kind of problem to solve and they’ll play and turn it over and work at it until they get to a solution you’d never have predicted.

Creatives are prepared for this work…

(If it weren’t for the massive “starving artist”-shaped chip on our collective shoulder.)

After I puzzled and picked at my dilemma for a while, it turns out, I’m actually good at a LOT of stuff. And many of those things I’m good at make me really really happy.

My job, then, was to figure out what those things were, and how to step into ownership of them (instead of feeling impostor syndrome, like, who am I to—say—teach creatives how to get projects done?

When I started taking action, it was transformational. I finally had a direct influence on my success.

No matter how punk and DIY and “question authority!” I had been, that was the moment I truly started to become the Autonomous Creative I am today.

I made a video about this pivot point in my life the other day, and it really hit a nerve.

The problem is, we’re following rules made for other people’s convenience.

If you’ve been trying for a really long time to make it as an artist— to just make something work: an Etsy store, or doing freelance illustration, or trying to climb the publishing ladder…

If you’re checking the boxes in the system and it’s not working, and it feels like there must be something wrong with you, it’s because that’s the system. That’s how it’s supposed to work.

…Chances are, you’re following a path to “make it as an artist” laid out by commercial interests that simply don’t align with yours.

Going outside that status quo is hard, because we’re not taught those tools in school. Virtually no one learns how to design and self-direct a creative career path, so it’s scary to try.

Sometimes, it just feels futile. When trying feels pointless, and threatening (and maybe uncool?) for long enough, it can calcify into a poisonous case of “why bother?” and that’s just not OK. And hey, if those are the kinds of emotional kidney stones you’re dealing with, I made this video just for you.

But, in the wake of the massive, world-disruptions of the pandemic, everything feels shaken to its foundations.

I’m not OK with status quo. I’m longer willing to put up with “sorta-kinda”.

I am diving into new ideas and new projects, and I bet you want to do that also.

I’m not waiting for things to “settle down” and “get back to normal” before I grab my choices with both hands.

Unsettled is scary, but it’s also a window of opportunity.

I don’t want normal. I want different. I want to build a way of being in the world, and a career, around what gives me fire, and if I wait for things to settle, that sense of possibility, and that electricity I feel, it could leave me.

I’m going to act my way into a new way of thinking, knowing, living…

Not wait for the reverse.

So, what’s weird is that I’ve been hyper-fired-up about all this stuff—how neither giving up nor following the rules are serving us, what it means to make it as an artist—and how I want to help other people navigate the huge, empowering, life-changing pivot that lies ahead, if they choose to commit to building an independent, sustainable, and energizing creative career.

…and I just realized that I wrote about this right in the middle of my own sharp pivot in 2015, about myself.

Here I am, six years later, thinking these are totally original thoughts about what my next steps should be, and I re-read this article, and see that the seeds were planted so long ago.

It’s frustrating (that it took so long for me to come full circle) but it’s also amazingly confirming. I’m more sure than ever that this is the right way to go.

So, if this speaks to you, how can I help?

And Authentic Visibility (where you will learn to talk about your work in a way that connects, grow your visibility, and make more sales, in a totally aligned, non-sketchy way)

Are both now open for ROLLING ENROLLMENT. If it’s time to commit and make big changes, we are here for you. Check them out. 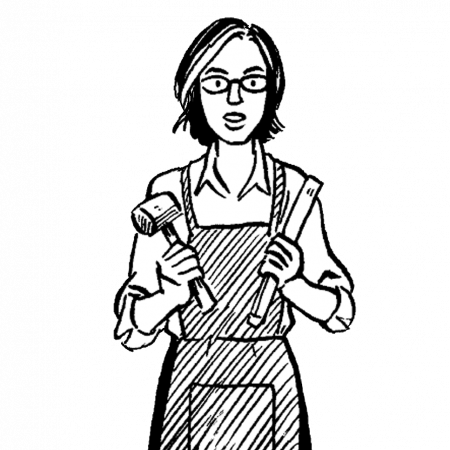 The transformational reframe that will unlock your visibility 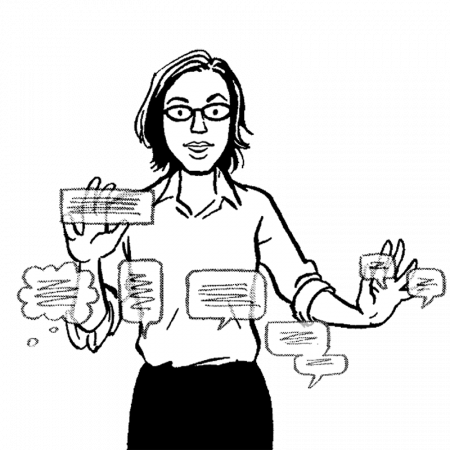 How to create clear and compelling messaging about your creative work 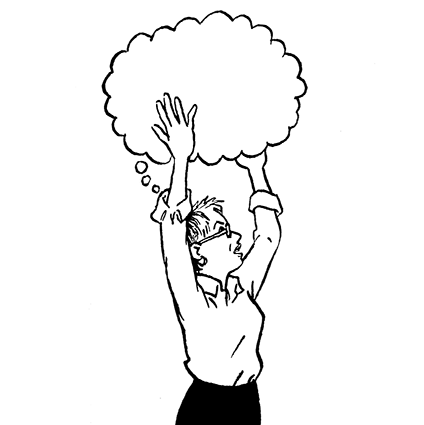 The missing piece to connecting with your audience: 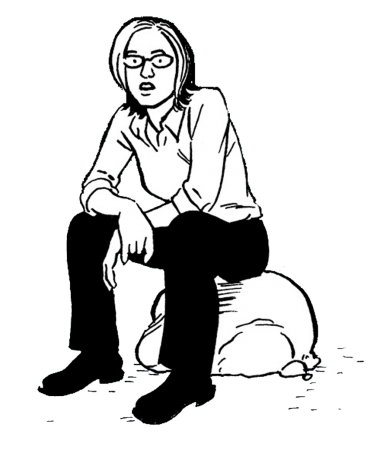 The problem with “getting noticed” as an artist or writer