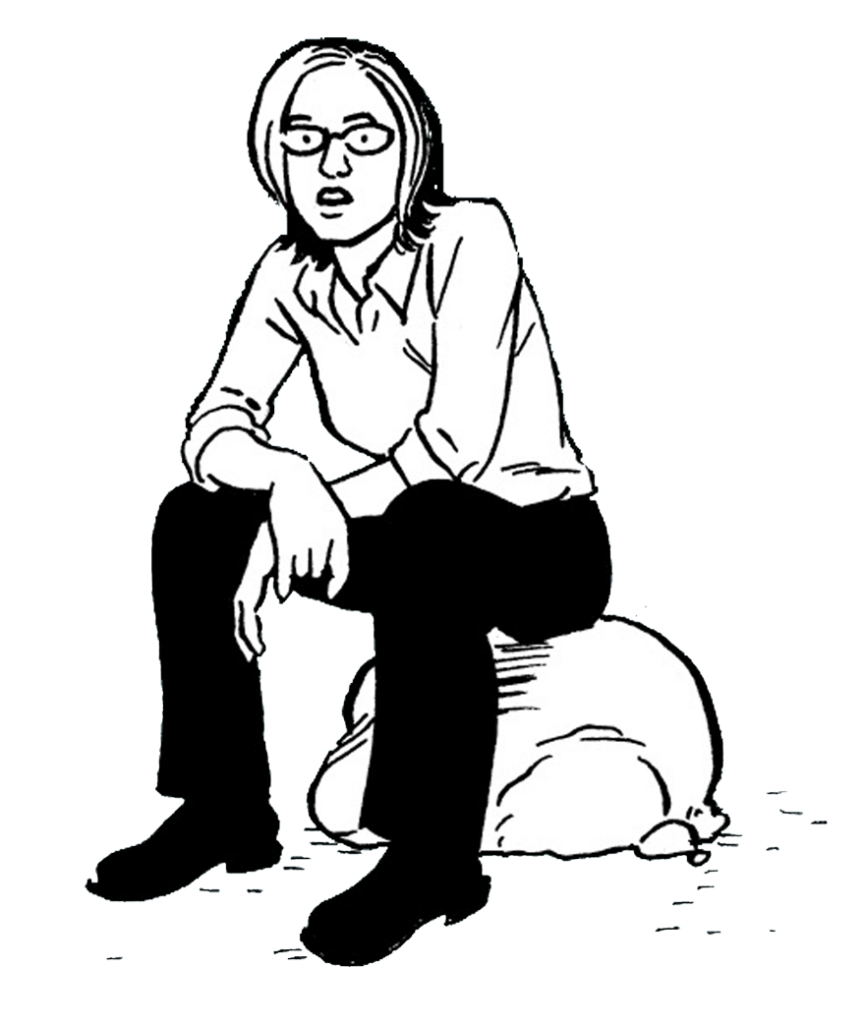 The problem with “getting noticed” as an artist or writer

For artists, writers, and creatives who want to build a passionate audience without pandering or pushing

For artists, writers, and creatives who want to build a passionate audience without pandering or pushing

For many creatives, the dream is to “be discovered.”

We want people to see and recognize and experience our art and creative work — and we want the rewards (monetary and otherwise) that seem like they should come with that recognition.

We want to be able to make money from our creative endeavors, because that will mean we have more time to create, more time to devote to the work we care about most.

And the best way to get the attention…

that leads to money…

that leads to time…

… seems to be the magic that happens when we “get discovered” by the “right people” — whether that means landing the book deal, getting accepted into the gallery show, or just becoming internet-famous for our work.

That’s what will give our work that stamp of approval that we did something right.

And that’s what will mean that it’s someone else’s job to do the marketing and selling, to talk about the work, and to get it in front of the right people.

Then, we think, everything will be easy…

The dream is that the gatekeepers will handle everything about marketing and selling your work. It’s their job, after all!

But then they do a pathetic job of promoting the work and it falls into obscurity almost immediately.

In short, even being “discovered” doesn’t necessarily mean much in the way of money, time, or recognition.

So, what is the secret to creative success?

When “being discovered” doesn’t work, because either

A. The results you get are super-disappointing in terms of recognition and/or money

B. You just can’t seem to get discovered

What creatives typically default to is,

“My work just isn’t there yet.”

So they do what creatives already know how to do: They MAKE MORE WORK.

They’re hoping (inchoately) that if their work reaches some secret threshold of mastery, or at least there’s just a lot more of it, somehow that will fix their visibility and revenue problem.

When I say it like this, perhaps you can identify the flaw in this thinking.

The problem creatives face is that not enough people are seeing and engaging with the work that exists.

How will making yet more work solve this problem?

In fact, it will make it worse:

By taking their focus off the existing project and leaping into studio time again, creatives consign the first project to the dustbin of history, never to be seen again.

There are only so many times anyone can sweat and labor over something amazing that they love, have it ignored, and then dive back in to do more, before they completely burn out!

There are two steps to creating a successful project

(…whatever “success” means to you—it’s important not to take this for granted! We’ll get back to this part.)

This vicious cycle of pouring more hard work into Step 1—and ignoring Step 2 completely—leads to total burnout and bitterness.

I know, I’ve been there.

A few years back, as I was finishing the first volume of my graphic novel, Trish Trash: Rollergirl of Mars for its original publication (which was with a French publisher—long story).

I wanted to make a big splash with this book. HUGE.

But when it was first listed for sale with distributors, it had been such a flop that the publisher pulled it and ordered a new cover.

I kept trying to tell the publisher what I thought the messaging for the book should be, and they weren’t getting it.

I felt like I was banging my head on thick plate glass, trying to get the French comics world to notice me.

NO ONE WAS LISTENING.

Then I had what felt like an incredible brainstorm to promote the release of my in the French market: I was going to create a book trailer!

And not only that, it would be a hand-drawn GIF animation!

It seemed to make perfect sense: a book trailer is marketing, right?

Plus: hand drawn-animation! People would be so excited about it, something would happen, for sure! (Note the passive voice here: things “would happen.”)

I didn’t run this idea by anyone in the French comics market (like my publisher). I just proceeded to spent untold hours hand-drawing animation.

Years later, I checked YouTube. It was at 139 views.

I’m happy with how the clip came out. But it did nothing towards the goal of getting my book noticed, and getting people interested in buying it.

It was an enormous waste of energy, and the opportunity cost was immense: I was drawing this animation rather than enjoying my summer.

Worse, I was drawing this animation rather than spending that time making (and executing) a plan to actively get my book in readers’ hands. (Like putting together joint events with roller derby teams, or sending out pitches to get on podcasts, or reaching out to science fiction festivals.)

Without realizing it, I’d assigned myself a whole new creative project with no marketing plan for it, either.

It was a safe space for me: I knew how to make cool things.

What I didn’t know then—what I actually needed to know—is how to get my cool things seen, once I made them.

But when the cool thing I was making kinda sorta looked like “marketing”, I could pretend I was taking action on the big goal: getting my book into the hands of more readers.

Even though I wasn’t.

I’ve done this OVER AND OVER in my career.

And every time I did, it killed a little more of my passion in my work.

THIS HAPPENS ALL THE TIME

Patreon isn’t getting the attention you want? Maybe you should add more rewards!

Writing isn’t getting published? Maybe you should get an MFA!

A friend of mine is in the midst of writing a book that takes place in a fantasy land where there are fairies (that’s honestly all I know about it, which is an important detail—I’ll get back to this).

Her plan to promote this book was to first create a “world of” book where she’d write character backstories, draw animation-style turnarounds of characters, and draw scenes from the book, and then Kickstart that.

All of this was intended to build fan loyalty and gather an audience so that when she releases her novel, there are readers waiting for it.

Do you see the problem?

Even if you like fairies in theory, would you be likely to shell out a goodly sum for a book giving stats and info about a specific new world of fairies…when you can’t even read their actual story for a year or more?

My client loves this fantasy world she’s creating. She’s been practically living in this world for years.

It makes total sense to her to try to convey that love via investing more and more time into creating new projects that she assumes will connect with an audience like they do with her.

But no one bought Gryffindor scarves or Lego Millenium Falcon sets until they’d fallen in love with Harry Potter or Star Wars.

This isn’t an argument to finish the damn book already (though that’s certainly a factor!).

It’s for the “fallen in love” part of the equation.

So far we’ve talked plenty about what won’t solve the problem of growing an audience:

✖ Finding an agent won’t do it.

✖ Getting published won’t do it.

✖ Getting a gallery won’t do it.

✖ Making lots of other projects definitely won’t do it.

So, what IS the key differentiator between success and failure when building audience and sales?

In the end, it’s not all that complex—but before you’re ready to take it in…

We need to take a step back and tear down a crucial disconnect that prevents you from using the full the power of the skills you already have.

Next up: THE MISSING PIECE