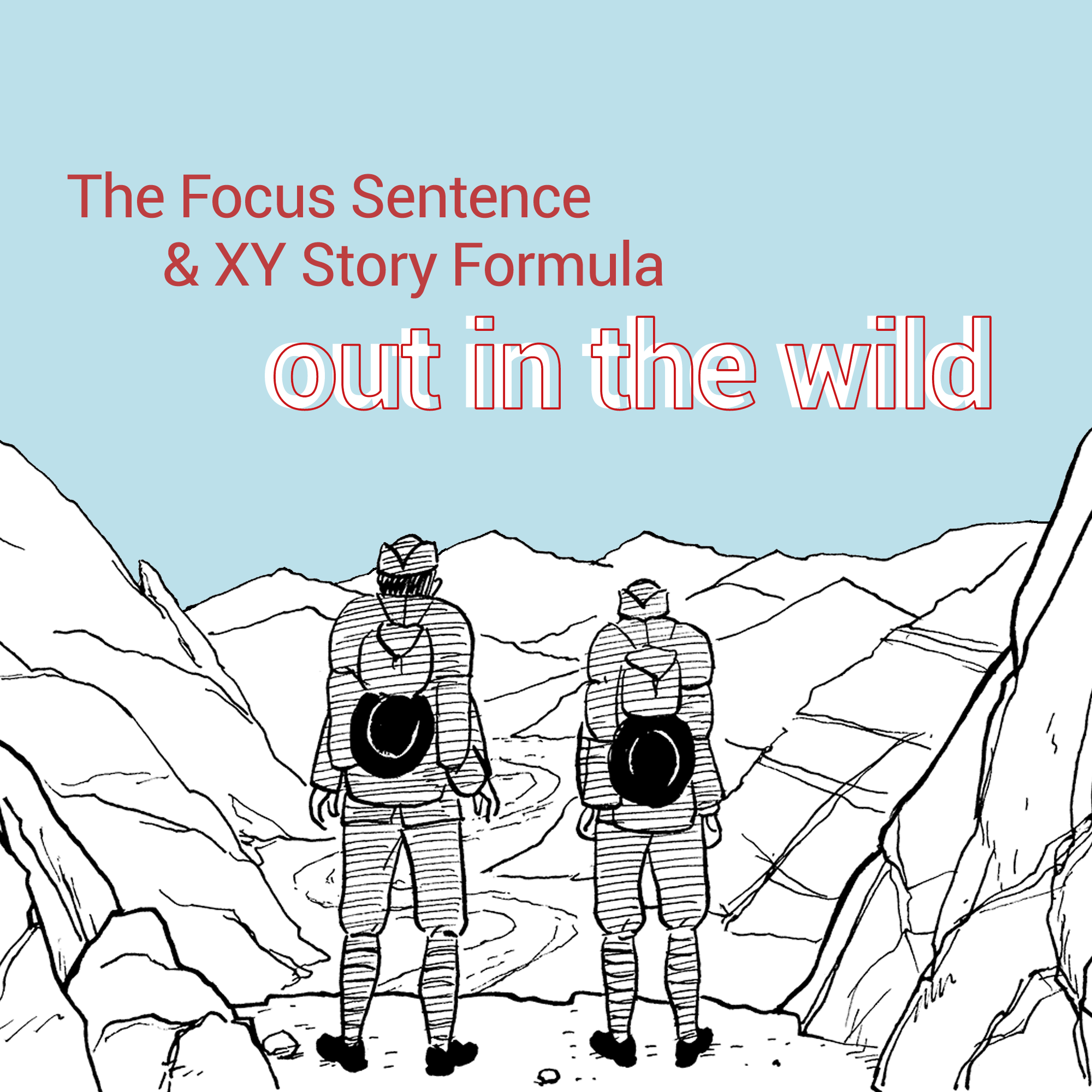 Story toolbox: the Focus Sentence & the XY Story Formula out in the wild

I launched the Out on the Wire podcast about seven weeks ago now, and since then, our online story-making community, the Working Group, has grown to nearly 350 people. And at least a third of them are working actively on stories, posting ideas and story structures. It’s pretty incredible.

People are working on historical stories (a woman who went over Niagara Falls in a barrel, a famous Welsh composer), personal stories (coming to terms with medical marijuana, talking about PTSD via stand-up comedy), fictional stories (a man who changes his gender, class, and race, and then can’t change back, a pharmacist who searches through time for a medicinal plant that can be used for good or evil), and nonfiction stories (the last journey of an arctic explorer, people who change careers midlife and how that plays out for them).

I keep talking about how collaboration is key to the best work.

The Out on the Wire Working Group is proof of this concept. In there, I’ve got potentially hundreds of minds working on the same story-making problem: what tools work to help us tell stories, and HOW do they work?

It’s a virtual cornucopia of different stories and approaches, which means the story tools I’m proposing get a major workout. And when people put my ideas from the podcast into action, they figure out what works and what doesn’t. And then, because they’re posting about what they find right on the group, I get to learn from them, and develop a stronger and more flexible understanding of the tools I have proposed. That is the best.

In episode 2, I expanded on my thoughts about two important story tools that I first talked about in Out on the Wire, the book.

Someone
does something,
because…
but…

…and the XY Story Formula.

I’m doing a story about X.
And what’s interesting about it is Y.

The focus sentence is a baby narrative arc. Meaning, a character who is a protagonist is built into it. He or she is doing something for a reason, and then encounters a barrier to that action (which implies that the protagonist then has to somehow try to overcome that barrier). I learned a few very good refinements on this story-making structure from discussion in the Working Group.

First of all, the “because.”

This was confusing for a lot of people. We do things for a lot of reasons. I eat food because I’m human and need fuel. 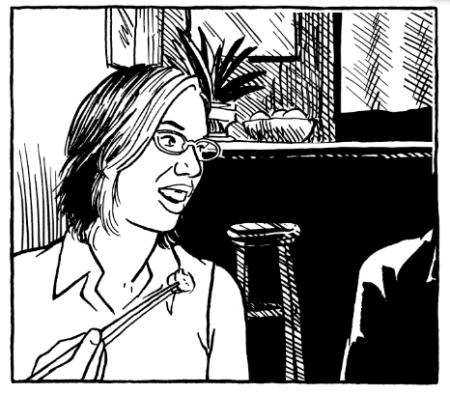 But the “because” has to get at reasons that are more personal, and more burning. I try to eat only excellent, delicious, wonderful food because I believe life’s too short to eat crap. (And “crap” could then encompass any category of unacceptable food, from stuff that’s not organic and local to stuff that’s not deep-fried, depending on the protagonist’s point of view/tastes.)

If this is a driving motivation for the protagonist , you’re on the road to a solid story.(I.e., while this is basically a true statement about me, I try not to be a hard-ass about it, which might not make me the best protagonist for a story…)

What stands in the way of not-eating-crap? A family trip to some middle-American town where there is nothing available but fast food and low-level national grocery chains? (I have been there. Oh lord, have I ever.)

As a result of a very incisive comment from member Jayson Merryfield, (which other participants then picked up and ran with), I realized that there’s a common error with the but. Often, it’s placed too early in the action.

Dana is a finicky eater because she believes life is too short to eat “crap,” as she calls it. But then she is dragged to a family retreat in the mountains where there’s only a 7-11 and the processed food her relatives bring to tide her over.

The but here essentially comes right at the outset of the story, and doesn’t guide you as to where the arc will lead.

If you place it further along the events of the story, though, you might have this:

Dana the food snob goes on a trip with her crap-eating relatives because she was kicked out of her apartment for throwing out her roommates’ food. But then her refusal to eat anything but “fresh, local” nuts and berries she finds in the woods for days lands her in the hospital, where she has to confront the reality of her relationship with her family and how they feed her neuroses around food.

That’s a lot more interesting, and a lot more helpful in actually writing the story.

What constitutes “interesting”? Often, participants wanted to put the theme there, like…

Is that really interesting? Or is it the underlying theme of the story? It might be why you’re actually trying to tell this story in the first place, but will it tempt others to listen or read?

This kind of “Y” statement is good to have in the back of your mind. But if you’re pitching it to a fantasy movie producer (or a skeptical potential reader/listener), will this really hook them? How about…

I’m doing a story about Dana, who has food issues. It’s interesting because she’s so obsessive about non-processed food that she poisons herself with the wild mushrooms she gathers rather than consume the copious quantities of Hot Pockets her grandparents bring along to nourish the clan on a mountain getaway.

You want to surprise your audience with a new understanding of the underlying theme that they did not know they were going to get. No one wants to go to school when they’re reading a comic book or listening to a show, to be harangued with big world problems that they really should to care about. They don’t mind if they end up caring, but they want to do so via caring about what happens in a specific case to “real” people (even if those people are fictional).

The third big revelation for me

…was how very well the third story-making tool I mention in that episode works, maybe better than both of the above. It’s what I call “the Soren,” after it’s (unwitting?) inventor, Soren Wheeler. I talk about that at length in the new episode of the Out on the Wire Podcast, episode 4, Bare Bones. And then I invent a fourth iteration, that will take your story further along the path, the Story Madlib—give it a listen.

Have you tried a Focus Sentence or XY Story Formula to get a handle on your story? Or do you have another approach to story-making? Let me know in the comments.