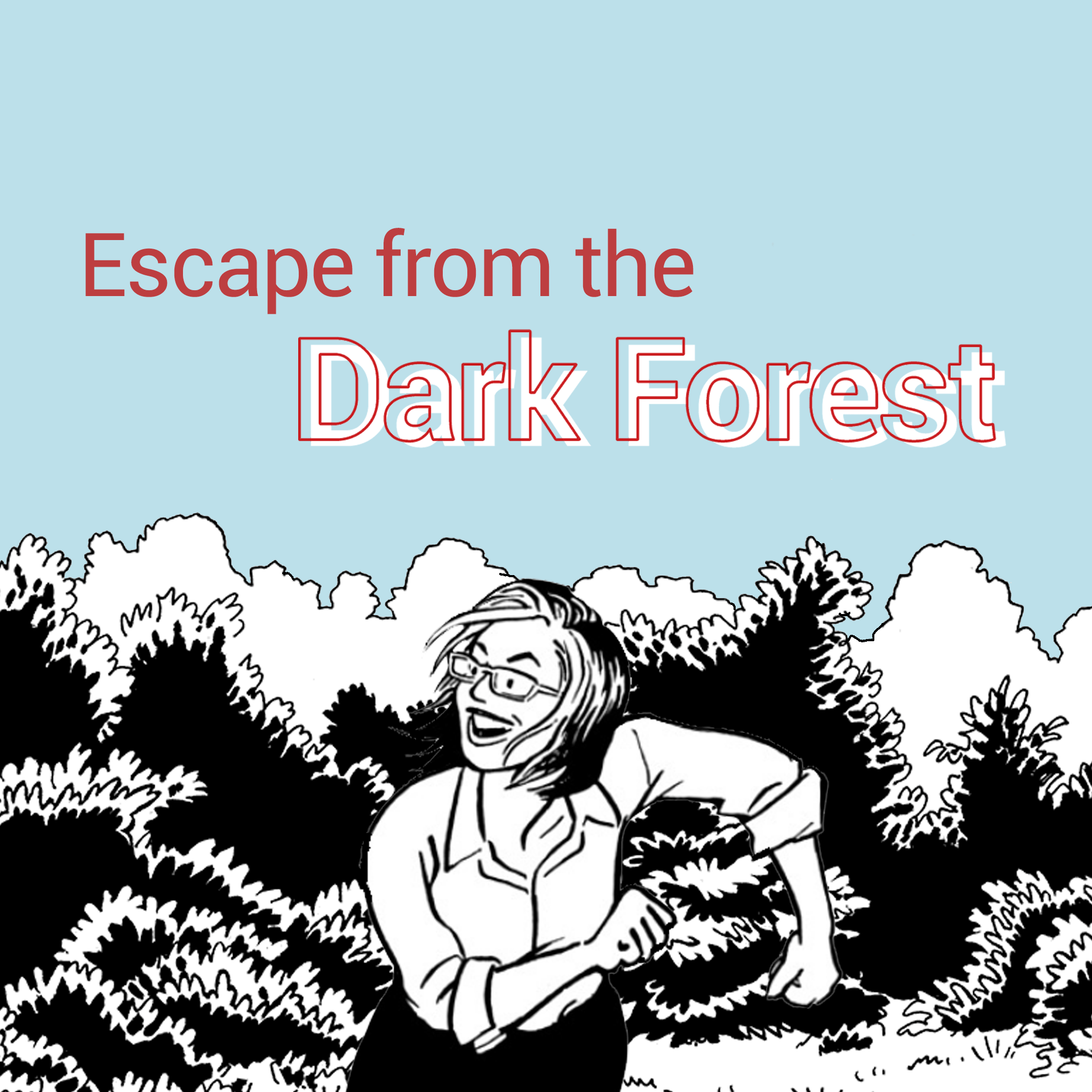 Feeling Stuck on a Project?Escape from the Dark Forest!

Céline is working on an autobiographical audio story about how she turned her life upside-down in order to care for two baby wild boars on her father’s remote farm in Germany. She’d written a really powerful Story Madlib (a story structure tool I talk about in episode 4 of the Out on the Wire podcast) where she created parallels between her own decision-making vis a vis the boars to her father’s reckless behavior, which had always stood between them.

“Céline is determined to never let anybody get too close to her, especially her father, who somehow always ends up hurting her. But then during a visit to her father’s farm, an orphan wild baby boar, named Gustav, decides to adopt Celine as his replacement mom…Like everybody else, she knows from the beginning that raising a male wild boar is a stupid and possibly dangerous idea, but she can’t help it.”

The idea was heartfelt, original, and profound. It had also landed Céline deep in the Dark (German) Forest (both literally and metaphorically). 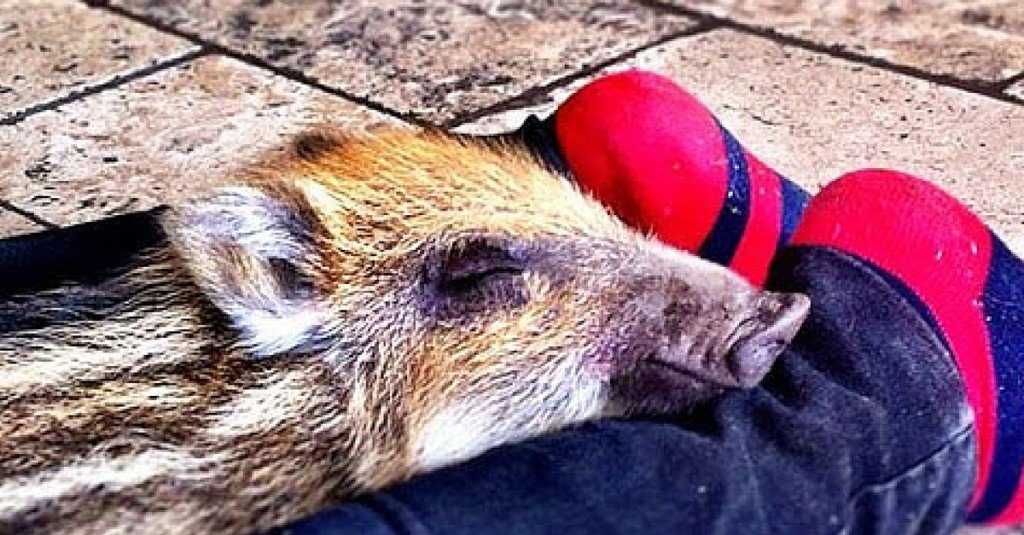 OMG, I would seriously consider throwing over my whole life for a little guy like this, too.

A couple of weeks ago I wrote about the Dark Forest, the scary, discouraging place we often get trapped in when we’re feeling stuck on a project— particularly in the middle of big, ambitious creative projects. And I talked a lot about the value of having a plan, how that can help you keep moving forward.

And a plan that breaks down your work into doable, understandable pieces is super important. But a plan that gets you sitting day after day and staring at your notes as they become increasingly incomprehensible is not a plan you’ll follow for long.

Céline is a member of the Out on the Wire Working Group, the online platform associated with the Out on the Wire podcast for workshopping our stories. But after being a constant presence in the group for a month, she’d disappeared. I was riveted by her story; I noticed her absence. But I had a feeling I knew what was going on: The Dark Forest had closed in on her.

My producer Benjamin Frisch and I just finished an episode of the podcast on the Dark Forest last week. We were looking for a way to do a Workshop Episode that would really get at the heart of what it felt like, and how to get out. So we decided to call Céline.

The secret of getting out of the Forest isn’t “doing the work,” it’s a Focus Session.

Sure enough, Céline was trapped in the Forest. She was feeling stuck on her project and tied to her original idea, and it was sinking her. She had lost her initial excitement about the idea. I think, in fact, she was in danger of actually abandoning her project.

Which would have been a shame. Her interest in the subject of wild boars, which are in crisis in Germany, only grew stronger with every passing day—every time she read a new report or found a new organization devoted to them. But because her original idea centered on her relationship with her father, the time she spent investigating the larger issues made her feel like she was in some way betraying her story. Meanwhile, her father wouldn’t be caught on tape and she hated how her own diary audio sounded.

Yes, this new story concept meant she’d need to work up the courage to interview scientists and other experts, local hunters who might see her as critical. Strangers. But the burst of energy she felt from realizing that she was not wrong, that she knew in her gut what her story should really be—that will sustain her as she tries new things.

She left the conversation feeling really good about her work, and so her story is that much closer to actually existing in the world. Which is good for all of us. It’s a story I want to hear, and, believe me, you do too. 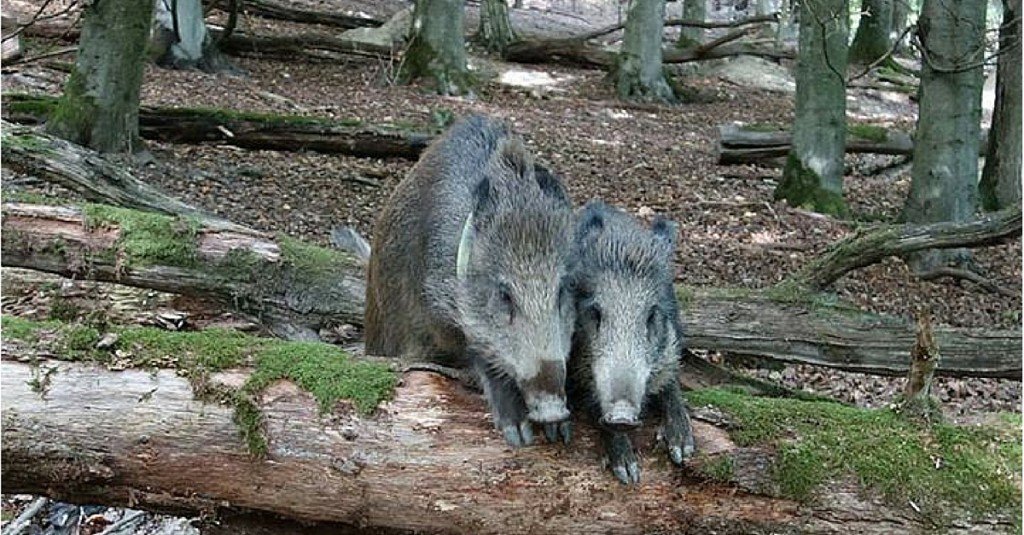 So many times in my life, I’ve had this experience: I’m feeling stuck on a project, creative or otherwise, and the knowledge required to make the next step is in me, somewhere, I know it is. I can feel it in there, trying to get out. But I just can’t grasp it.

The second I sit down with someone to talk it through (usually Matt Madden, my husband and fellow cartoonist, but not always), that knowledge starts to bubble up. I talk through what I’m thinking, what I’m struggling with, and before I know it, I’ve got clarity. Often, I don’t even really need advice at all. I just need to put myself in a situation where I need to clearly explain my problem to someone else.

I don’t mean to say I’ve got the whole thing (whatever it is) written, but I’ve unwound some complicated relationship between characters, I’ve spotted the flaw in my logic, I’ve figured out how to say something subtle…I know what I need to do next. Which is to write.

And then that’s what I do, instead of just sitting there staring at my screen for hours, days, or weeks when I’m feeling stuck on a project and waiting for luck to come my way.

This is a Focus Session.

This is not just having coffee. It’s not support. It’s a system for feedback and collaborative improvement. It’s reliable, it’s repeatable. I don’t wait for inspiration or luck. I hate waiting for luck. Luck is always late.

If you’re feeling stuck on a project, or trapped in the Dark Forest, try a Focus Session, and see if you can’t build a catapult to help you escape. 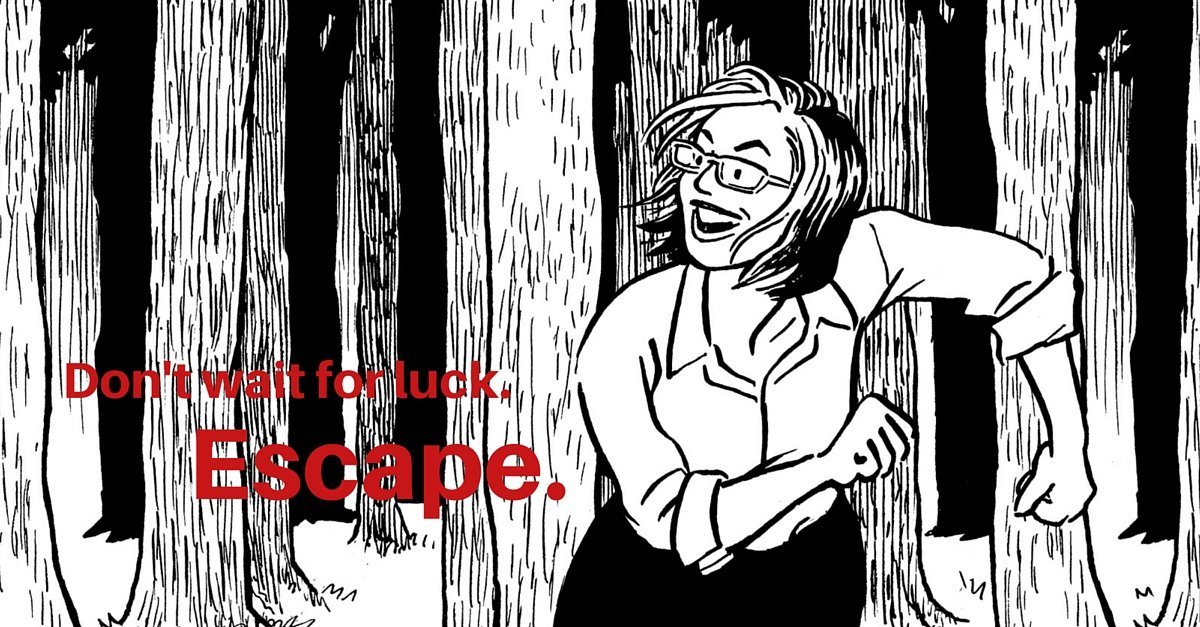 You can hear our actual Focus Session with Céline in our workshop episode 7.5.