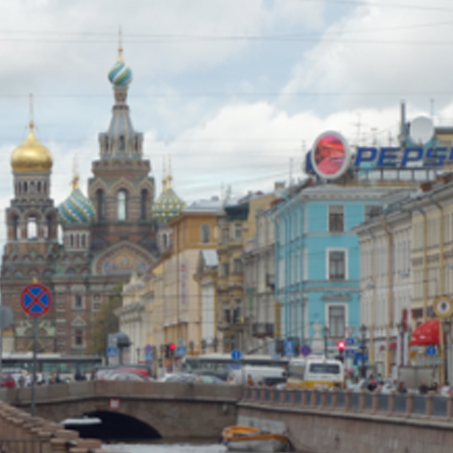 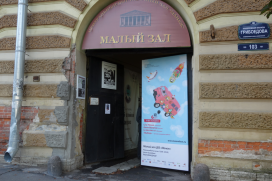 Back in the summer, I was quite unexpectedly invited to St. Petersburg, Russia, for a comics festival called Boomfest. I hadn’t heard of it, but several friends had gone, including cartoonists Joe Sacco and T. Edward Bak and José Alaniz, an academic with expertise in Eastern European and Russian comics. I don’t usually write up much of a report on events I attend, but I wanted to with this one, because Russia is just so very off our–meaning North American comics’–radar. It’s a small scene, but growing, and worth our attention.

I had no idea what to expect from St. Petersburg—my own fault really, since in the discombobulation of my move to France, I’d completely failed to do any research into where to go or what to do there. I hadn’t read even read the Wikipedia page. So when I got out of the Soviet-era airport (everything gray, no public address system, employees jimmying the out door to the customs area with a hip bump to gain access to their workplace), I was shocked to find out that it’s a gorgeous city of uninterrupted streetscapes 18th-19th century buildings lining a lacework of canals. I mean, really, really nice. It’s also booming—people racing around at all hours, lots of 24-hour establishments, advertisements everywhere. It felt weirdly very American, even New-Yorky, in that way. Especially weird because all signage is not only unreadable (to me) because it’s in a language I don’t know, but also Cyrillic letters, which I can’t even decode. I felt like a 3-year old, painstakingly working my way through words letter by letter, and then forgetting what they’re supposed to sound like seconds after I’m reminded. And then once I finally sound something out, I still don’t know what it says! 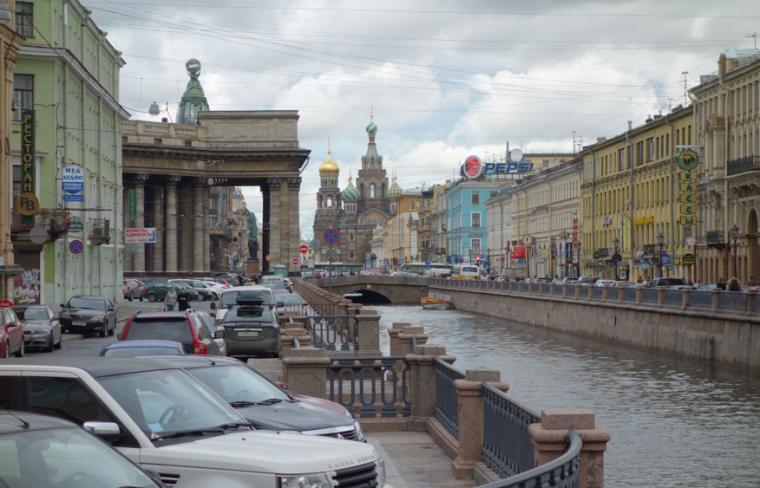 But that discombobulation added to my sense of wonder at turning a corner and discovering, for example, the summer gardens framing a view of the Church of the Savoir on Spilled Blood. With gorgeous fall weather most of the time I was there (with the notable exception of one day of pissing rain), it was pretty magical to be someplace so foreign and so beautiful. Which is good, because despite the existence of a good (and very elegant) subway system, I somehow found myself on my feet actively walking something like five to seven hours a day. Future attendees of Boomfest, consider yourself advised: bring your best walking shoes (also rain gear–you never know). 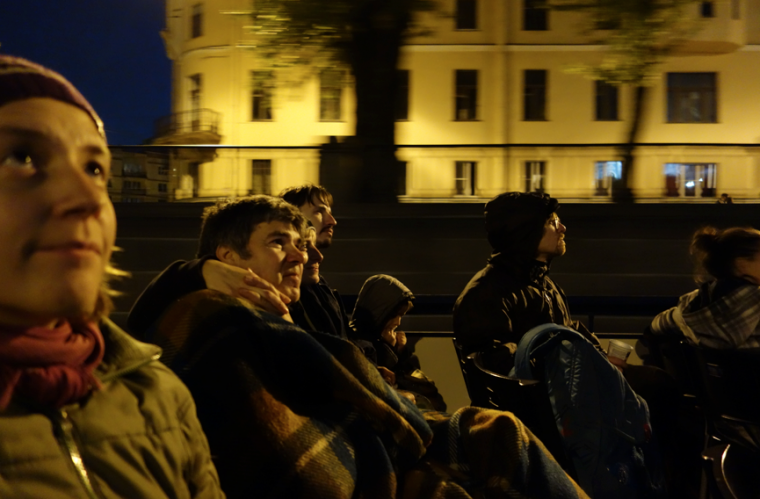 …also a hat, scarf, and mittens. We took an amazing boat ride on the canals on Saturday, but it got cold after a while, even with the (provided) blankets. 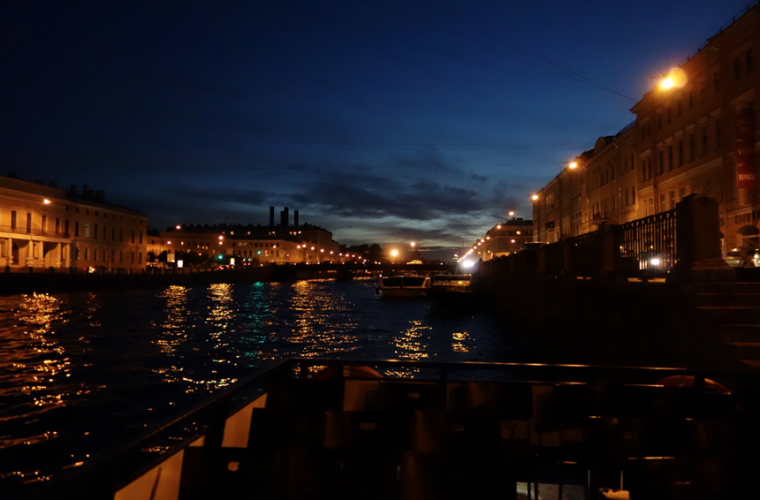 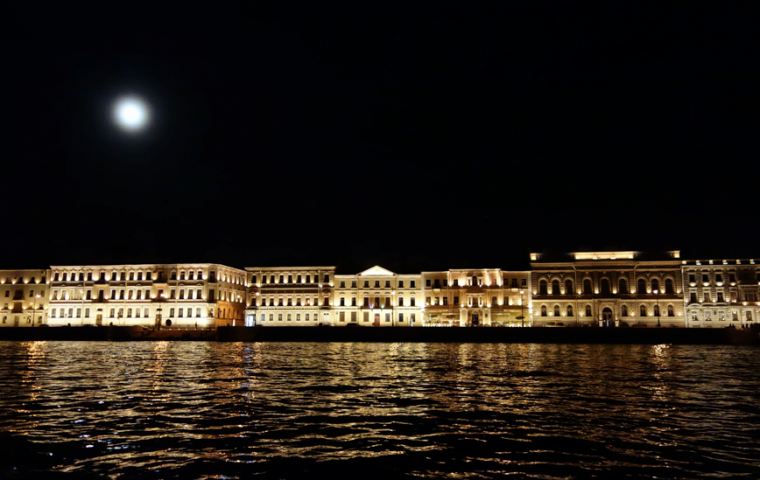 The full moon over the Neva.

Boomfest has been around for six years now, and, while small, has an impressive international roster of past guests, including David B, Paul Gravett, Amanda Vähämäki, Benoit Peeters, Joe Sacco, Edmond Baudoin, Anke Feuchtenberger, and Lorenzo Matotti.

I was there to give a couple of presentations, one on teaching comics, SVA, and Drawing Words & Writing Pictures, and one on my own work (ably translated by Kseniya Kolkova (Kshusha)). I attended several other talks, a few gallery openings, and a couple of art shows. They also run a competition for aspiring Russian cartoonists, and are largely responsible for the small-but-growing art comics scene there. Boomfest officially goes on for a month, with exhibitions opening starting early in September, and closing mid October. 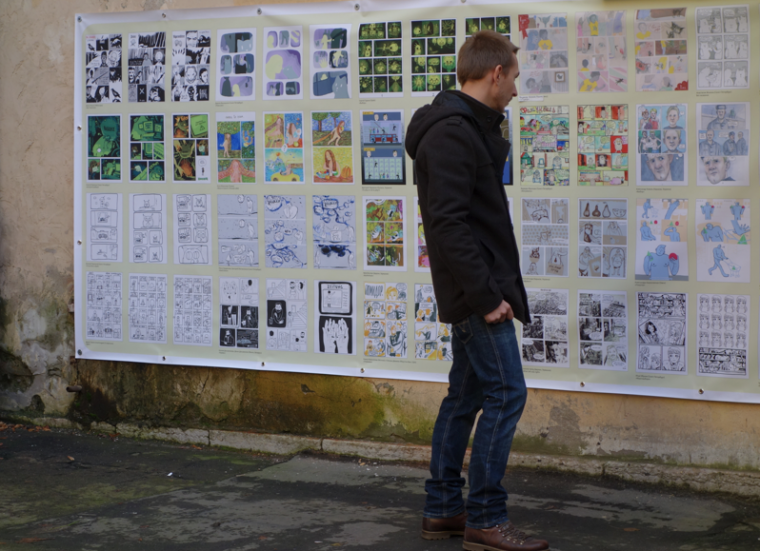 The finalists in the comics competition were displayed outside the main venue.

The best thing about being a guest of a small, well-run festival is that you spend a lot of intense time with other cartoonists, and often get to know artists you never would have otherwise. I met Moebius and Will Eisner that way (not in Russia, though…). It’s a little like an all-ages summer camp. So I was very happy to meet this year’s guests, like Anna Sommer, Line Hoven, Pakito Bolino, François Ayroles, Harukichi, Victor Melamed, and Varvara Pomidor. 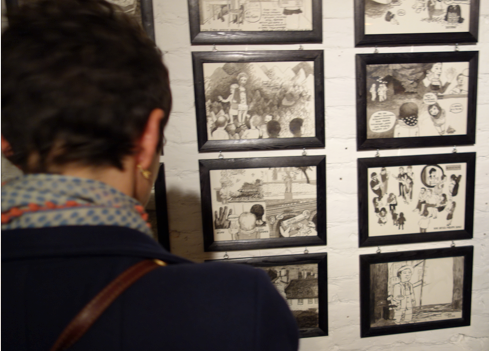 …But I’ve got two words for you: José Muñoz. It’s not often you get to hang out with a personal art hero. Speaking Spanish and listening to stories of his early comicking life in his awesome Argentinian accent was worth the price of admission (which, by the way was paid by the US State Department. Thank you, Public Affairs Officer Steven Labensky and assistant Elena Smirnova!). 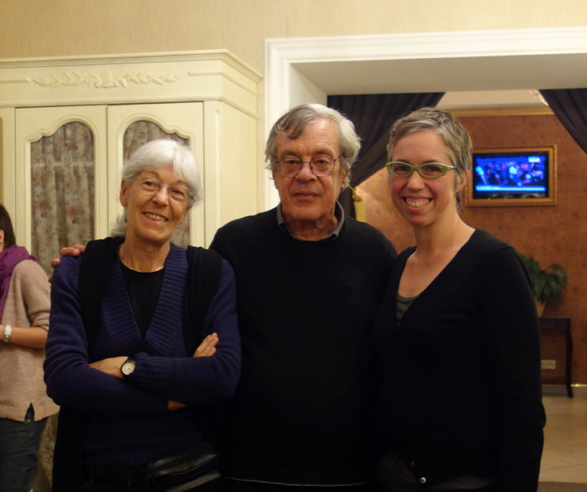 Fiorella and Jose Muñoz and me 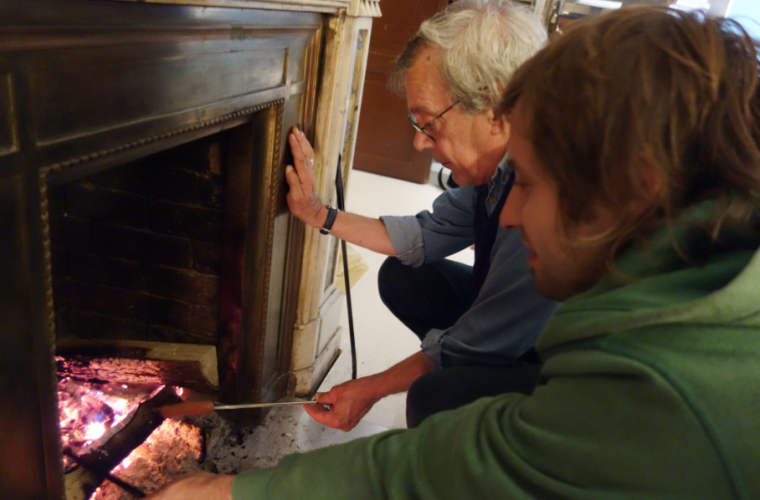 Jose Muñoz cooking weiners over a fireplace (apparently a common practice in St. Petersburg) with our gracious host, Dmitry Yakovlev.

I was interviewed at the US Consulate. Check me out rockin the stars and stripes background. Namecheck for Nick Bertozzi! 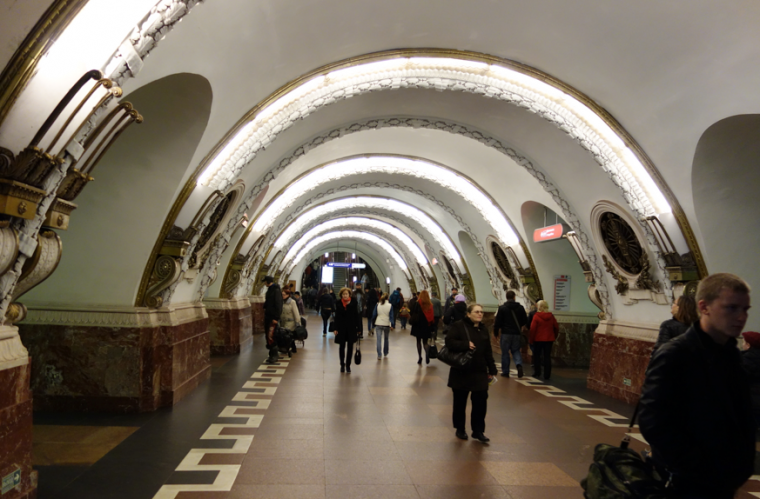 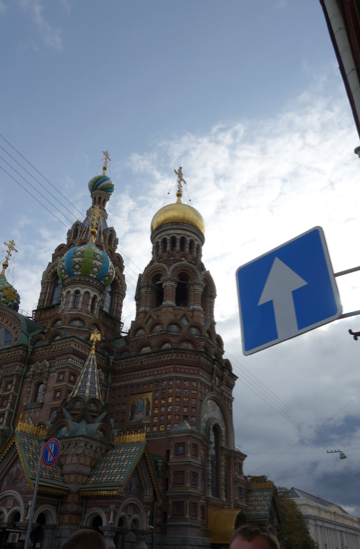 A reaction by my fellow guest artist, Harukichi. More on this comic here. 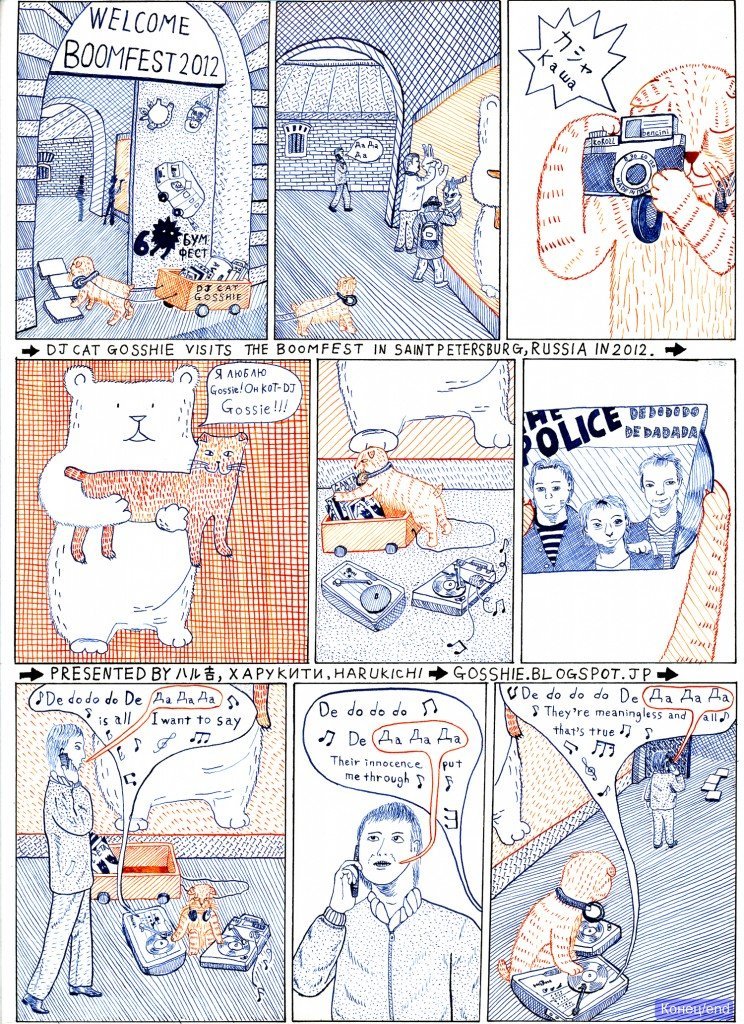 We watched this beautiful Soviet animation at Varvara’s dinner party. Apparently the Soviet era was a golden age for animation. Who knew? 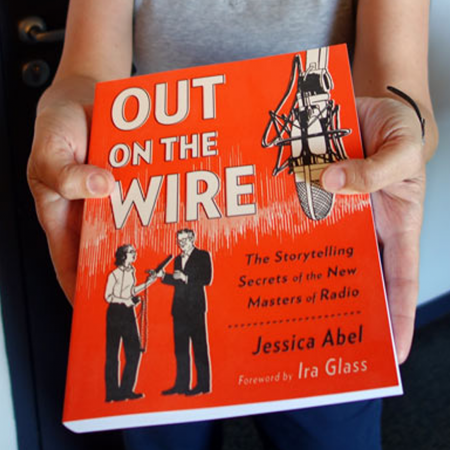 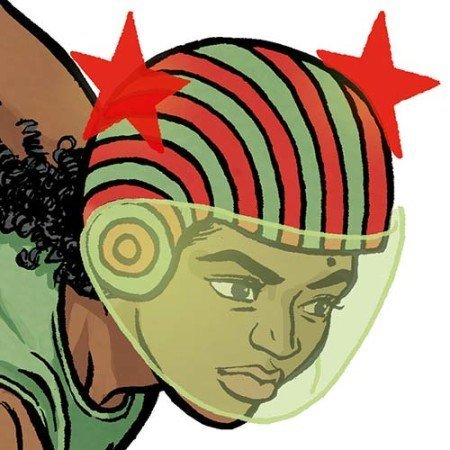 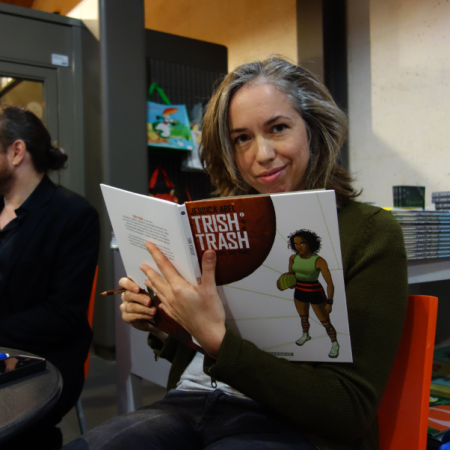 Trish Trash avant première: I get to see my new comics 2 months early.